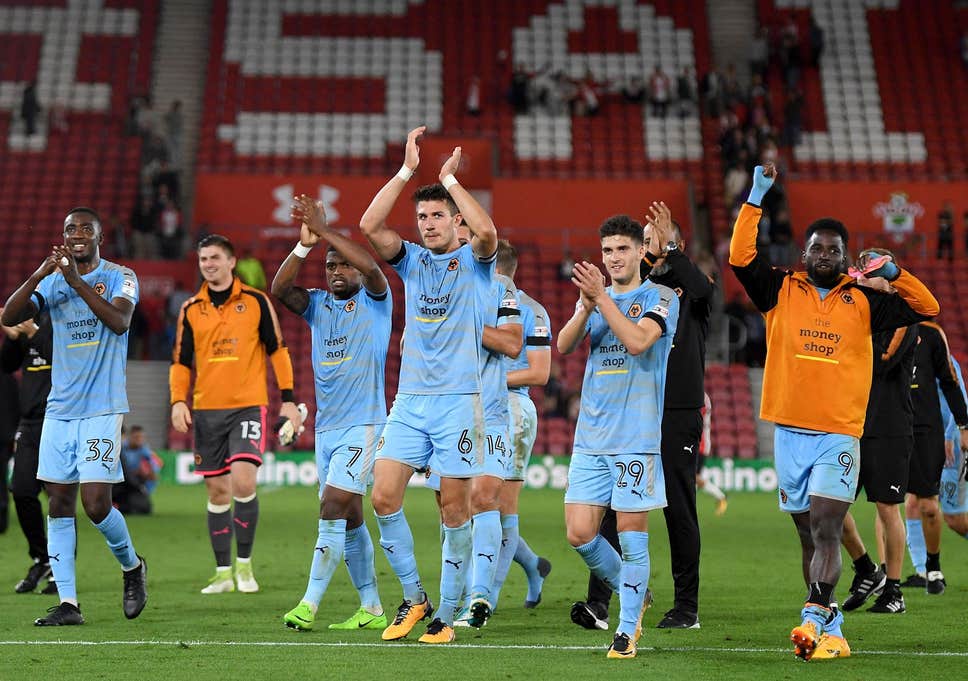 Southampton, last season’s finalists of the EFL Cup, were eliminated from the tournament after their 2-0 second round home defeat by Championship side Wolves.

In what was Wolves’s third win against Premier League sides this calendar year, Danny Batth headed in Ivan Cavaleiro’s corner in the 67th minute and substitute Donovan Wilson made it 2-0 with three minutes left.

It also came despite the fact that the Wolves manager, Nuno Espirito Santo, fielded an entirely different roster after his team’s defeat against Cardiff City on Saturday.

“I’m very proud, it’s fantastic work from my players, the way they prepared,” said Nuno. “It’s not about building a team, it’s about a squad, and they showed there’s no starting XI at Wolves. For us it’s about creating a squad, growing their own identity and being able to perform like this.”

“We know Donovan, he’s been performing well and training with us for some time. He has scored a goal here, but he will be back with the under-23s. Nothing changes for Donovan. I’ve done this throughout my career, giving players chances, but only at the right times.”

As for Southampton, they were far outshone by their opponents after six changes were made to the squad who defeated West Ham 3-2 last weekend in the Premier League.