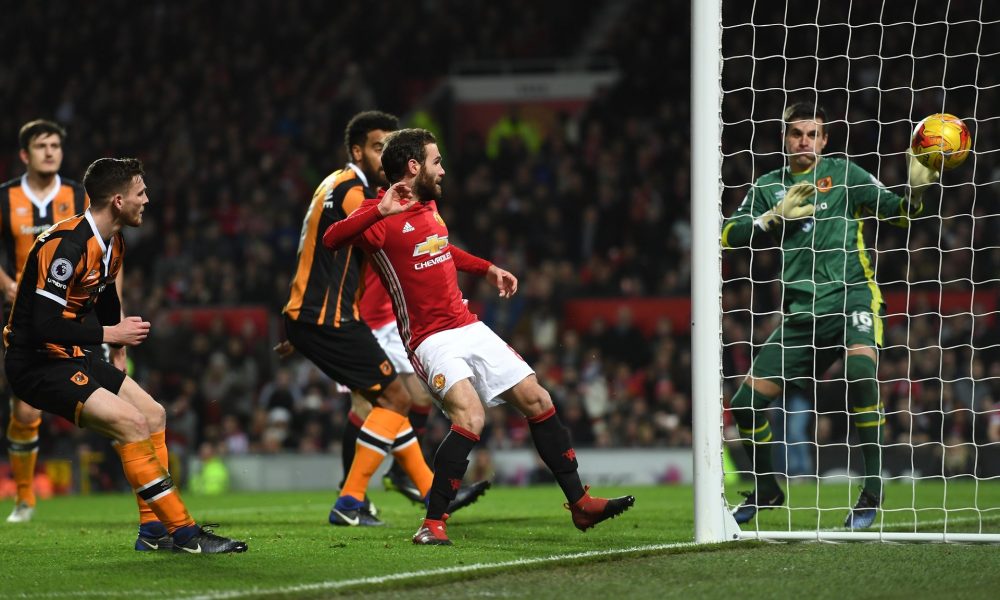 Manchester United defeated Hull City by 2-0 in the first leg of their League Cup semi-final fixture, thus taking the advantage of a two-goal cushion going into their replay.

The victory did not come easy for the Red Devils – despite being almost at full-strength, the team struggled to break down Hull’s tight defense, and could only register two shots on target in the first-half.

Visiting Hull registered attempts on target, too – with Robert Snodgrass giving United something to worry about in set pieces.

But as a more intense United team returned to pitch at the second half, they got an easy breakthrough just before the hour with Juan Mata tapping in Henrikh Mkhitaryan’s knockdown.

Marouane Fellaini, subbed in for Mata with 10 minutes left to play, sealed the game with United’s second as the Belgian headed in Matteo Darmian’s cross to put United in command heading into the second leg on 26 January.

For Hull City, who are at the bottom of the Premier League table and are struggling to cope with a growing injury list, were given odds of 20-1 to win. It got worse as one of their midfielders, Markus Henriksen, left the pitch injured just inside 20 minutes.

But with Marco Silva taking charge of the Tigers last week, the team have looked much improved overall. They managed to defeat Swansea in the FA Cup at the weekend and more than held their own for long periods of the game against the Red Devils despite having to field a makeshift defence.

However, Fellaini’s goal means that Hull probably is a goal deficit too far to turnaround in the second leg – although fans could hold out hope that their players could deliver a survival in their relegation battle this season.