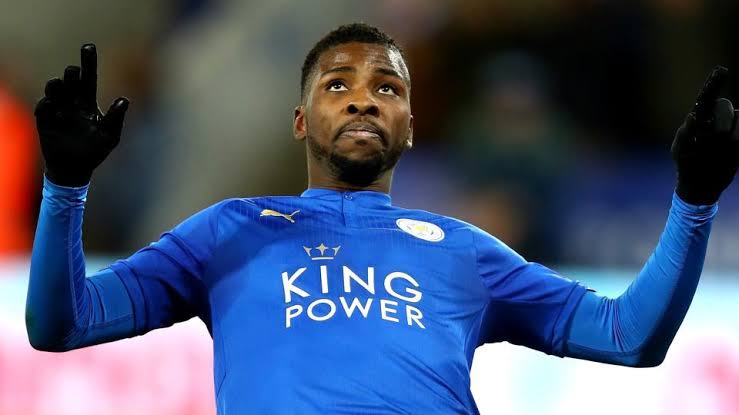 Leicester City striker Kelechi Iheanacho became the first player to score a goal awarded by a video assistant referee (VAR) in English football as the Foxes beat Fleetwood in an FA Cup third-round replay by 2-0.

After the Nigerian striker opened the scoring with a routine strike from Islam Slimani’s pass, Iheanacho subsequently had a goal initially disallowed for offside from Riyad Mahrez’s through ball.

However, after referee Jonathan Moss liaised with the video official Mike Jones — who told him Nathan Pond’s trailing foot was keeping Iheanacho onside — the goal was finally awarded 67 seconds after it hit the back of the net.

This is the third time the VAR has been used as a trial in English football, all this month, after Brighton v Crystal Palace in the FA Cup and Chelsea v Arsenal in the League Cup; however, while the video referee was consulted in those games, they never used to reverse a decision.

Moss had already briefly spoken to the video official when Iheanacho had an earlier goal ruled out because the ball had crossed the byeline before Demarai Gray crossed it.

There were also a number of discussion regarding in-game incidents between both Moss and Jones such as when Leicester’s Vicente Iborra was pulled back in the box — which they decided not to award a penalty for — before Moss initially disallowed a second goal by the Nigerian for offside.

For the latter, Jones decided — correctly — that Pond was actually keeping him on-side, a decision that was easily missed in real time by the officials.

Moss has the option to watch the case again on a screen on the side of the pitch, had he wanted to — but in this case, he utilized the freedom to trust the video official.