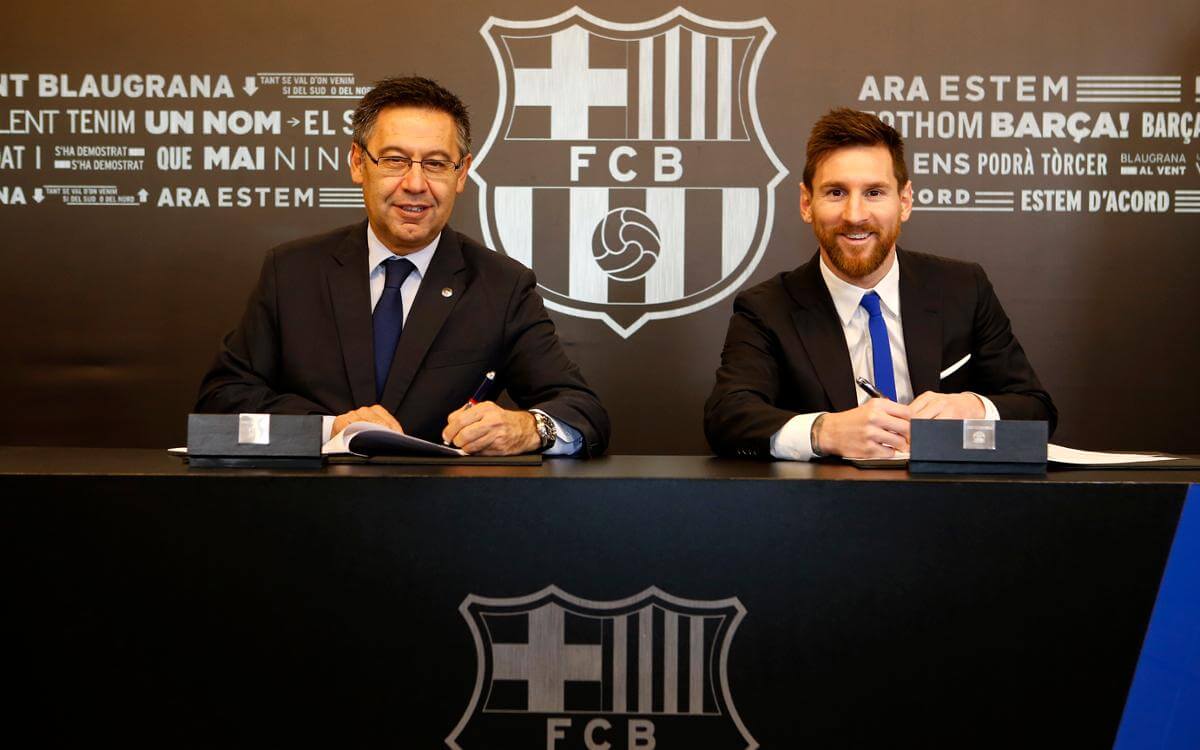 Lionel Messi has ended speculation of a move away from FC Barcelona by extending his contract with the club through to the summer of 2021.

The Catalan club also announced that the Argentina forward has had a 700 million Euro buy-out clause inserted into his contract, indicating that he will finish his career at the Camp Nou in all likelihood.

Club president Josep Maria Bartomeu, who described Messi as “the best player in football history”, said the new contract, with a significantly higher buyout clause, was “more in line with the current situation in the ever-changing world of football”.

“The buyout clause had to be modified,” Bartomeu added. “and it has gone from 300m euros to 700m euros. It fills me with pride to see him with us renewing his love for the club.”

“The objective is to continue achieving things and making history,” Messi said after signing his new contract. “We’ve been lucky enough to have won a great many things and I hope there will be more in the future. I’m happy to continue with the club, which is my home. My dream was to finish my career at Barca and we are moving down that path.”

Initially, a renewal had been agreed in principle between player and club in back July but it is only now that Messi has put pen to paper on the contract.

Messi, who joined Barca as a 13-year old made his senior debut as a 16-year-old in a friendly against Porto, has eight La Liga titles, four Champions League wins and five Copa del Rey successes under his belt during his time with the Catalan club.

He then made his first competitive appearance against Espanyol as a 17-year-old before coming to score the first of his club record 523 goals — which have come in 602 matches — against Albacete in May 2005, and has since claimed the Ballon d’Or on five occasions, more than any other player.

On his contract extension ceremony on Friday, Messi was presented with his fourth Golden Shoe award for being the top scorer in Europe, while his 30 trophies put him alongside his team-mate Andres Iniesta as the most anyone has won in club history.