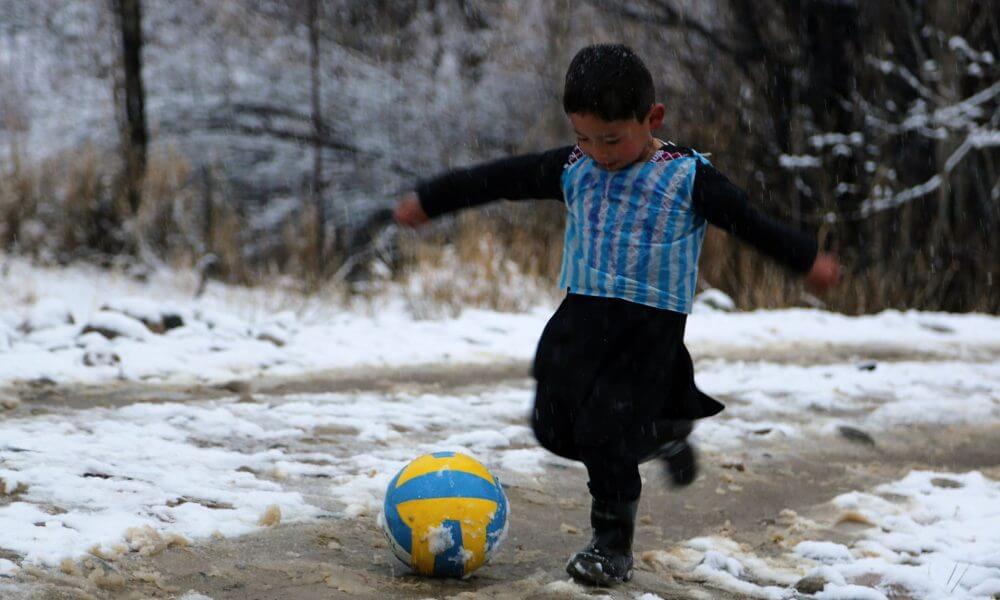 Murtaza Ahmadi, an Afghan boy who became an internet sensation after being photographed in a homemade replica of Lionel Messi’s famous football strip, has finally come face-to-face with his idol.

Pictures had emerged on January this year of the then five-year-old wearing a blue-and-white striped plastic bag to emulate the colours of the Argentinian team.

On the back of the bag was scrawled Messi’s name and shirt number.

The pictures went viral and, after “Messi’s biggest fan” was identified and tracked down to Afghanistan’s eastern Ghazni province, efforts were made to bring Murtaza and the Barcelona star together.

A video tweeted by the organisers of the 2022 World Cup in Qatar shows the Argentinian forward scooping up Murtaza, now six, and posing for photographers in a meeting arranged through the UN refugee agency, UNHCR. “The image the world wanted to see,” tweeted the Supreme Committee on Tuesday. “The six-year-old boy who dreamed of meeting his hero, #Messi, finally comes true.”

Murtaza and Messi met in Doha and the boy walked out on to the pitch with Messi on Tuesday night when Barcelona play Al-Ahli.

The boy’s unexpected fame has not been entirely welcome. After receiving constant telephone threats, the family was eventually forced to flee to Quetta in neighbouring Pakistan.

Murtaza’s father, Mohammad Arif Ahmadi, said he feared that his son would be kidnapped. The family first travelled to the Pakistani capital, Islamabad, but could not settle there because of the high cost of living. They later moved to Quetta.

“I sold all my belongings and brought my family out of Afghanistan to save my son’s life as well as the lives of the rest of the family,” he said in May.

Despite the upheaval, he added at the time: “Murtaza hopes that one day he would be able to meet his hero, Messi.”