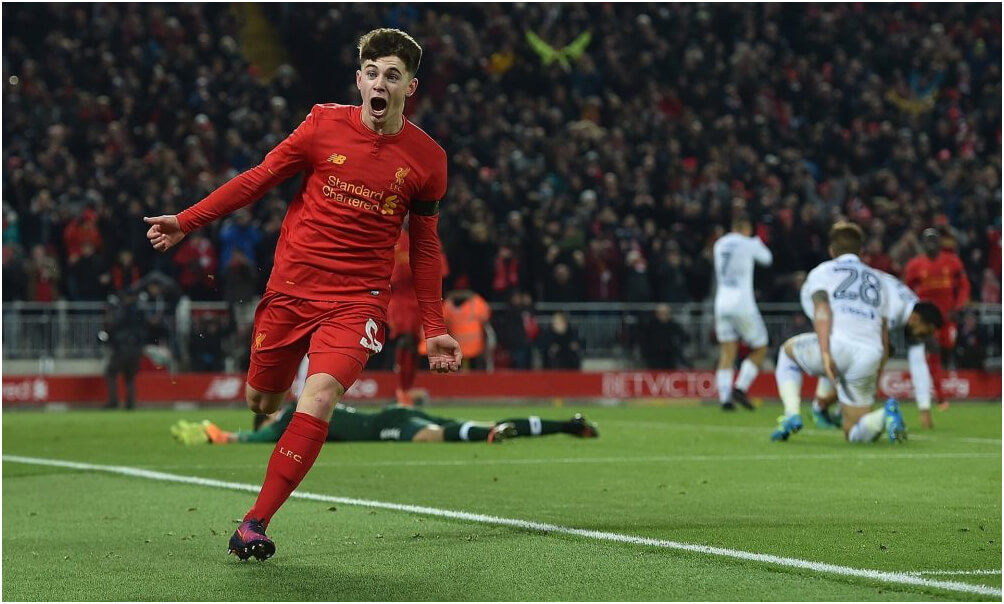 Liverpool entered the League Cup semi-finals for a record 17th time after a solid second-half performance earned them a 2-0 victory over Championship club Leeds United.

It was also a night to remember for Welsh teenager Ben Woodburn, who eclipsed Michael Owen as the youngest goalscorer in Liverpool’s history to help seal a hard-fought victory for Jurgen Klopp’s side over Leeds United.

Replacing Kevin Stewart with 23 minutes remaining, Woodburn was given a moment to cherish when Divock Origi and Georginio Wijnaldum combined inside the Leeds area to present him with a free shot from close range. The Wales youth international obliged with an emphatic finish into the roof of Leeds keeper Marco Silvestri’s net and the semi-finals beckoned once again for Liverpool.

Origi had earlier scored the first goal for the Reds, punishing hesitation by Silvestri and behind the Leeds defence to sweep in Trent Alexander-Arnold’s right-wing cross from close range, thereby scoring his second goal in four days.

Jurgen Klopp had claimed earlier this season that Liverpool had “unfinished business” in the EFL Cup, but this competition is clearly not the German’s priority this season as the Reds show purpose in their pursuit of both the Premier League title and a Champions League return.

The former Mainz and Dortmund manager has remained staunch in keeping his team selection similar to the earlier rounds, rotating his team by bringing in fringe players and a handful of youngsters, though that was arguably forced in part by the absence of Philippe Coutinho, Roberto Firmino, Daniel Sturridge and Adam Lallana through injury.

Still, Klopp also pledged to protect Ben Woodburn in order to help him fulfill his potential as a player.

“It’s all good,” Klopp said. “We know what Ben is capable of and what he is already able to do.”

“(But) My first job is to help these boys to be the best, in this case Ben Woodburn. There is a lot to do, especially to keep the public away for as long as possible.”

“That is quite a difficult thing to do but on the other side we only brought him on because we want to use him so that means when he is on the pitch he is absolutely allowed to score goals, to prepare situations and to make crosses like Trent [Alexander-Arnold] did, for example. It is all good.”