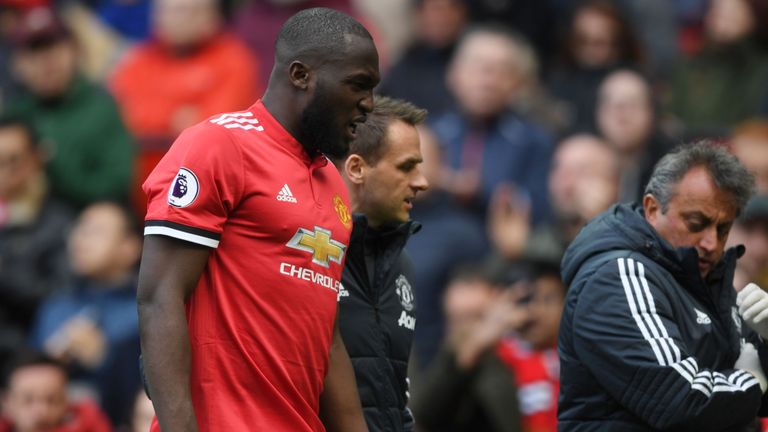 Romelu Lukaku had a scan on his injured ankle on Monday, with the hope being that the Manchester United striker should be fit for the FA Cup final against Chelsea on 19 May.

The Belgian is expecting the scan results on Tuesday, although the initial diagnosis from the club’s medical department allowed optimism that the problem is minor and Lukaku can recover in time to face Antonio Conte’s team.

Lukaku, 24, is usually a quick healer and as he came off as soon as suffering the problem in the 50th minute of the 2-1 win against Arsenal at Old Trafford on Sunday it was not unduly aggravated.

Manchester United boss Jose Mourinho said after the game: “When a player is injured I’m not immediately going for good or bad news.”

If Lukaku does recover as expected it will be a major boost for the United manager as he aims to claim a third major trophy in two seasons in charge. Lukaku is the club’s top scorer with 27 goals in all competitions, 16 of which have been in the Premier League.

United require four points from their three remaining matches to be sure of a second-place finish, which would a highest since the title win of five years ago.