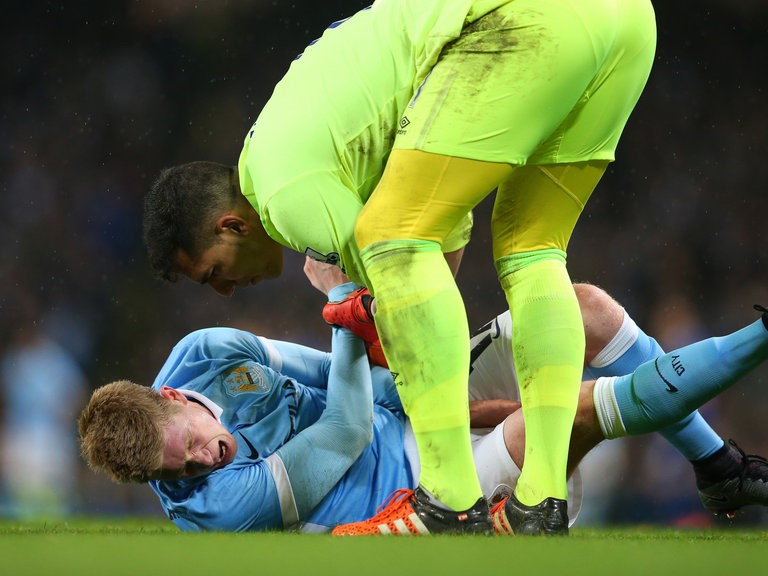 Manchester City had yet another injury blow to the team, as their key player Kevin De Bruyne is set to miss out on matches for at least 10 weeks.

Scans revealed that De Bruyne had torn ligaments on his muscles and ankles, as he came out from the bench to inspire City to a victory over Everton in the League Cup semi-final.

He appeared to catch his studs in the turf and twist his knee as he challenged Ramiro Funes Mori in injury time.

It would mean that the attacking midfielder would miss out on vital European fixtures against Dynamo Kiev, the League Cup final and a handful of league games, including a Manchester derby on 20 March.

His absence would deal a major blow to Manuel Pellegrini side, which is in the process of chasing trophies in four different competitions. He is a vital player, being City’s second top goalscorer, claiming 12 assists and creating more chances than any other City player.

“Just got back from the specialist. I’ll be out for around 10 weeks,” he Tweeted.

“I’ll work hard on my recovery and hope to be back on the pitch asap. Thank you all for the supportive messages!”