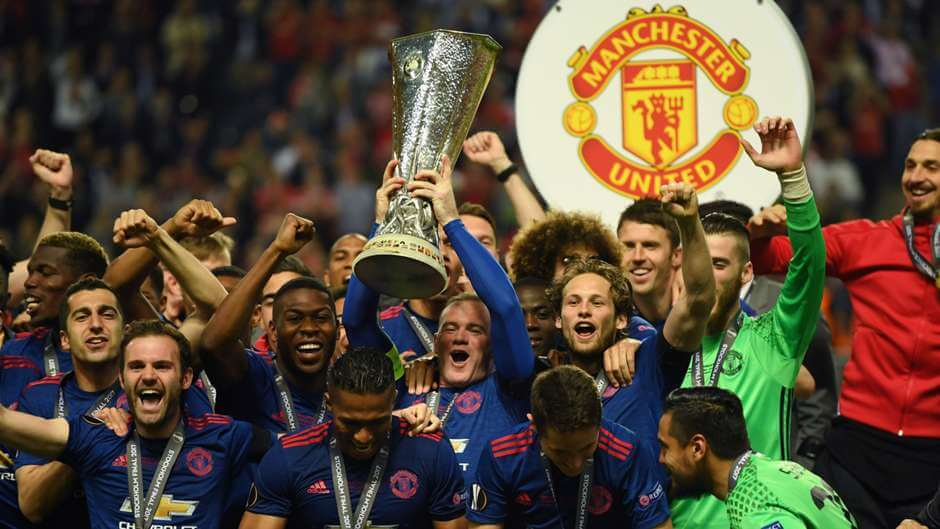 Europa League winners Manchester United is set to limit their summer signings to a handful of key players.

Manchester United has secured a spot in the Champions League next season thanks to their 2-0 victory over Ajax Amsterdam at the Friends Arena in the Europa League final.

However, Red Devils boss Jose Mourinho wants to enrich his team in terms of their front and defensive options moving forward, and has provided club executive vice-chairman Ed Woodward with a list of transfer targets.

“Ed Woodward has my list,” Mourinho said after the final against Ajax. “Now it’s up to him and the owners.”

On the other hand, team captain Wayne Rooney says that he has came to a decision on his future with Manchester United, and has “lots of offers” to consider after spending most of his time on the sidelines at Old Trafford this season.

Rooney, who played the role of a late substitute in the final against Ajax, may have effectively made his last appearance in a Manchester United jersey should the striker decides to moves on to find a team where he can play more regularly.

“There are lots of offers on the table, both in England and abroad, and that’s what I have to decide on,” Rooney said. “I’ve got some decisions to make now over the next few weeks so I will talk with my family and then I’ll decide.”

“I think I have to make a decision in terms of a football decision, and that’s what I’ll do, I’ll do that the next few weeks with my family while I’m away and as soon as I know what’s going on I’m sure you will.”

When asked if he has made up his mind regarding his future, he said: “More or less, yes. I still believe I could (play every game). If you’re asking me if I’m a better player now than I was 10 years ago then obviously I’m not but I still feel I’ve got other qualities that can help the team.”