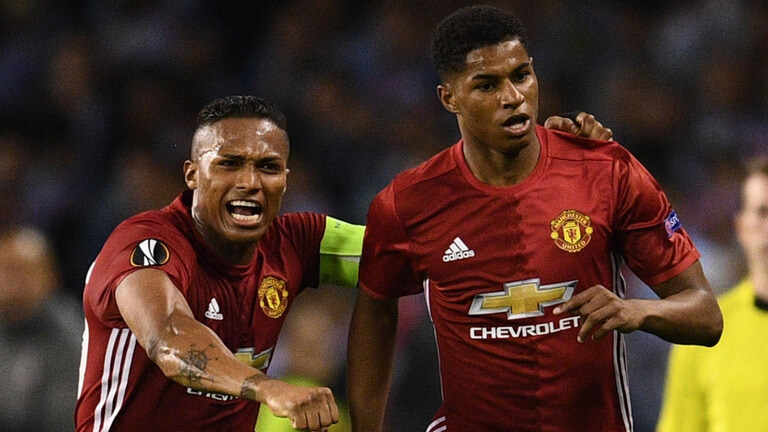 Manchester United took a slim away goal advantage in their Europa League semi-final against Celta Vigo thanks to a superb free-kick from Marcus Rashford.

For much of the game, Manchester United had suppressed the home side but failed to capitalise on their best chances in northern Spain — three times they came close in the first half, only to be denied by home goalkeeper Sergio Alvarez.

Celta then slowly grew into the game and started making chances – both Daniel Wass and Iago Aspas headed wide while Pione Sisto’s deflected shot forced Sergio Romero to save in the second half.

As United slowly rue their missed chances, Rashford turned the game around by bending a free-kick to Alvarez’s far corner.

While there is a second leg to play, United are still on course for what could define their campaign next season.

As the Red Devils now linger outside the Premier League’s top four — a point behind Manchester City and four off third-placed Liverpool — the Europa League perhaps represents their best opportunity of earning a place in next season’s Champions League.

Indeed, United coach Jose Mourinho said before the game that he wants the trophy to complete United’s trophy cupboard, and that he would do so even if it meant resting key players in remaining Premier League fixtures.

“The Europa League is the only competition Manchester United as a club have never won,” Mourinho said. “It would be great to close the circle and say we are a club that has won every single competition in the football world.”

“So the Europa League has become, for us, more important. Of course it depends on the result and the way we analyse the situation after the match, but if we have to rest players next weekend, we are going to that.”