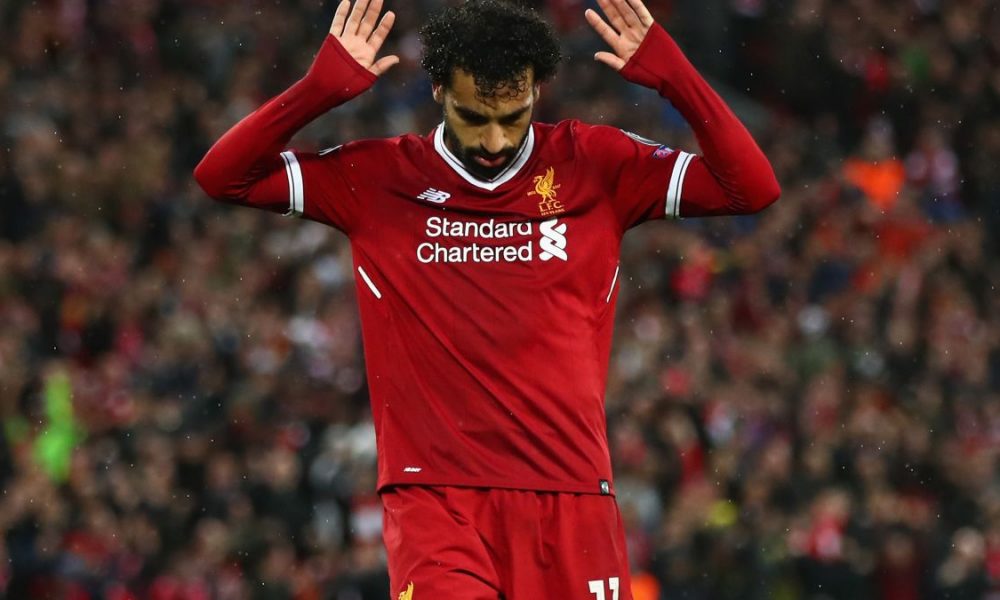 A Mohamed Salah masterclass helped Liverpool take control of their Champions League semi-final — but two late Roma away goals gave the Italian giants a glimmer of hope for the second leg.

Liverpool repeatedly breached the visitors’ high defensive line and scored five times in the opening 68 minutes at a raucous Anfield.

Salah, 25, scored twice and assisted two other goals. He curled his first into the top corner from the edge of the box — and then clipped the ball over Alisson for a second.

The Egyptian International then ran down the right and squared for Sadio Mane to make it 3-0 — before doing the same to set up Roberto Firmino.

Liverpool then became only the second team to score five goals in a Champions League semi-final match when Firmino headed in James Milner’s corner.

With his side leading 5-0, Reds boss Jurgen Klopp took off Salah — and Roma gave themselves a chance for next week’s return leg at the Stadio Olimpico.

Roma need only look to the last round for inspiration — they lost the first leg in Barcelona 4-1 before winning 3-0 in Italy to progress on away goals.

A repeat of the latter scoreline this time would take them into the final against Bayern Munich or Real Madrid.