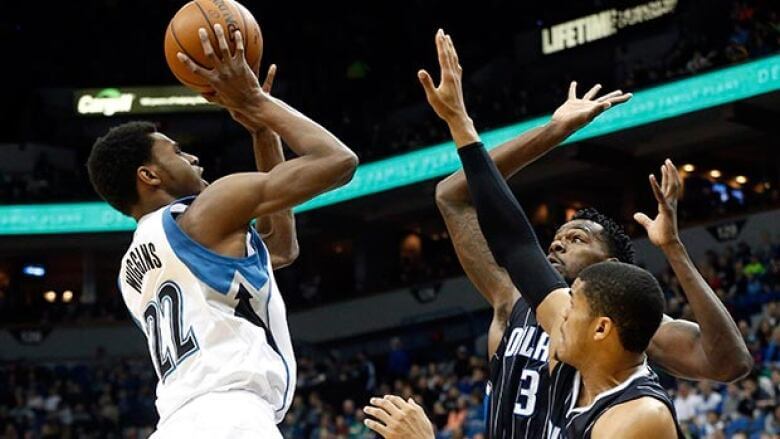 NBA general managers believe Canada’s Andrew Wiggins is due for a breakout season.

The Timberwolves shooting guard in his second season with the Minnesota Timberwolves, received 17.2 per cent of the votes in the NBA.com GM survey, to top the category: Which player is most likely to have a breakout season?

This is the 13th year of the survey, which asks general managers 49 different questions about the best teams, players, coaches, offseason moves and more in the NBA.

GMs were not allowed to vote for their own team or personnel; the percentages were based on the pool of respondents to a particular question, rather than all 30 decision-makers.

Meanwhile, the survey also revealed that the rest of the NBA don’t think too highly of the Toronto Raptors off-season or their chances this season.

Decision-makers around the league voted the Raptors as the sixth best team in the East, according to the poll released by NBA.com on Tuesday.

Only 2.4% of GMs said the Raptors would finish as a top-four team in their conference, and the team did not receive any top-four votes in a major category.