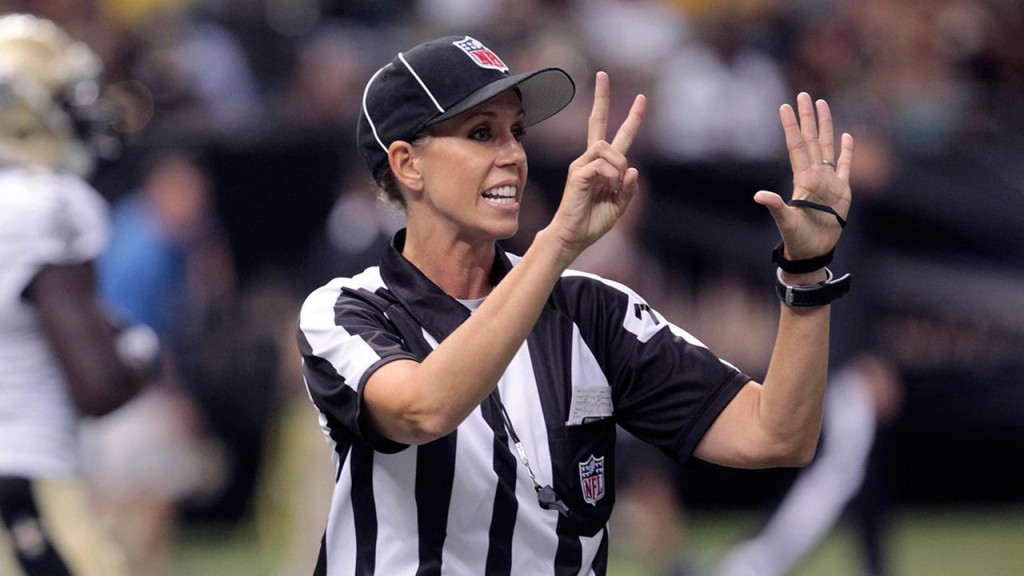 NFL commissioner Roger Goodell had announced that the National Football League had introduced a Rooney Rule that require teams to interview female candidates for executive positions.

The rule, established to groom diversity in the game was first introduced in 2003, making it compulsory for teams to interview at least one minority candidate for head coaching or senior football operation jobs.

Speaking at the league’s Women’s Summit on road to Super Bowl 50, Goodell said that the league believes in diversity and that the game is better with “good people on the table”.

“You can see that progress is being made and our commitment is, we have something called the Rooney Rule, which requires us to make sure when we have an opening that on the team or the league level that we are going to interview a diverse slate of candidates.”

Among the prominent women in the NFL is the sole game official, Sarah Thomas (pic).

Meanwhile in the boardrooms of the NFL, Katie Blackburn holds the position of vice-president of the Cincinnati Bengals, while Amy Trask was the Oakland Raiders’ CEO from 1997 until 2013.