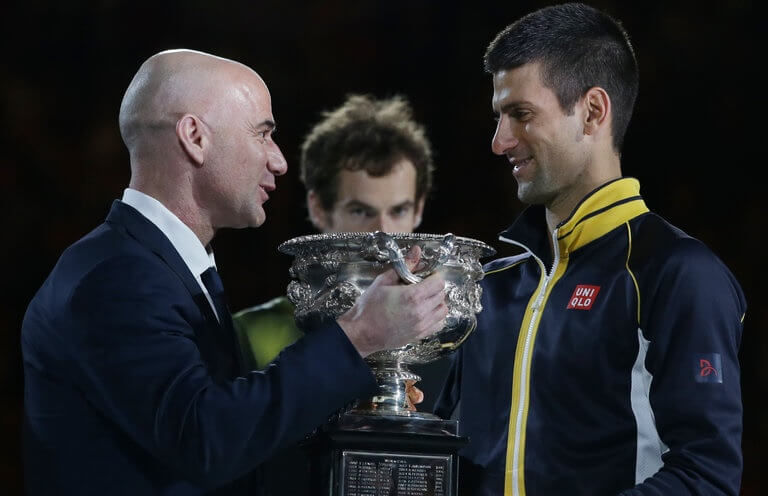 Djokovic, a 12-time Grand Slam winner, parted ways with his entire coaching entourage earlier in May in an attempt of “shock therapy” to help curb a standing streak of underwhelming results. By then he had already split with his former coach Boris Becker after a three-years partnership.

It was partly successful as the Serbian national managed to reach the final of the Italian Open, before falling to 20-year-old Alexander Zverev in straight sets.

Zverev also sets a record by becoming the youngest player ever to win an Masters 1000 title, surpassing Djokovic’s own record set at the Miami Open.

Djokovic confirmed the news of his partnership with Agassi after his defeat to the German youngster.

“I spoke to Andre the last couple weeks on the phone, and we decided to get together in Paris,” he said. “We don’t have any long-term commitment, it’s just us trying to get to know each other a little bit. He will not stay the whole tournament. He’s going to stay only to a certain time, and then we’ll see after that what’s going to happen.”

“Andre is someone that I have tremendous respect for as a person and as a player. He has been through everything that I’m going through.”

“He understands the game amazingly well. I am enjoying every conversation that I have with him. Also, he’s someone that nurtures family values, philanthropic work. He’s a very humble man, very educated. He’s a person that can contribute to my life on and off the court a lot. I’m very excited to see what is ahead of us.”