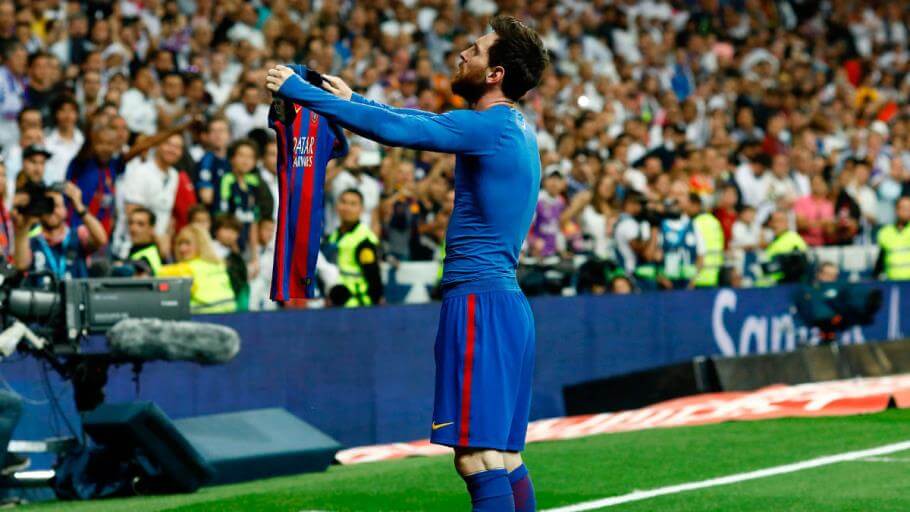 The former Barca coach also added that patience will be required when the Argentine star eventually hangs up his boots and retire.

However, Barca missed out on the La Liga title last season to Real Madrid and were knocked out of the Champions League by Juventus in the quarterfinals.

While many argued and debated about the direction that the club were dangerously veering off course, from his vantage point as Manchester City coach Guardiola says he doesn’t think his former side have anything to worry about in the immediate future with Messi still at the peak of his powers.

“With [Luis Enrique], when they were good, they were almost unbeatable,” Guardiola said. “They played really good football. While Leo is there, that will always be the case — he’s the best player I’ve ever seen.”

“The best thing about him is not what he does, but how simple he makes everything look. Messi isn’t just the best player because he can dribble past three or four players, it is because he does it better than anyone else. He does everything well — simple, but well. He never makes a mistake.”

On the other hand, Guardiola concedes that there may come a period when Barca — who have won 25 trophies since the start of the 2008-09 season — have to adjust to not being so successful.

“Maintaining the method, that’s the key,” he answered when asked what the Blaugrana have to do to remain at the top. “I said that when I was here and we were winning. A day will come when [Barca] lose and there will be doubts about the method. And those that are in charge will decide [what to do].”

“They will decide what manager they appoint. When Messi leaves, which I hope is in 10 years, they will have to have patience, but I’ve always thought that Barca are really strong and will always find a way to reinvent themselves and keep themselves at the top.”

“Another thing Johan [Cruyff] gave us is to know what to hold on to when things go wrong. When you have the method, you can always hold on to it. You can always go back to it.”