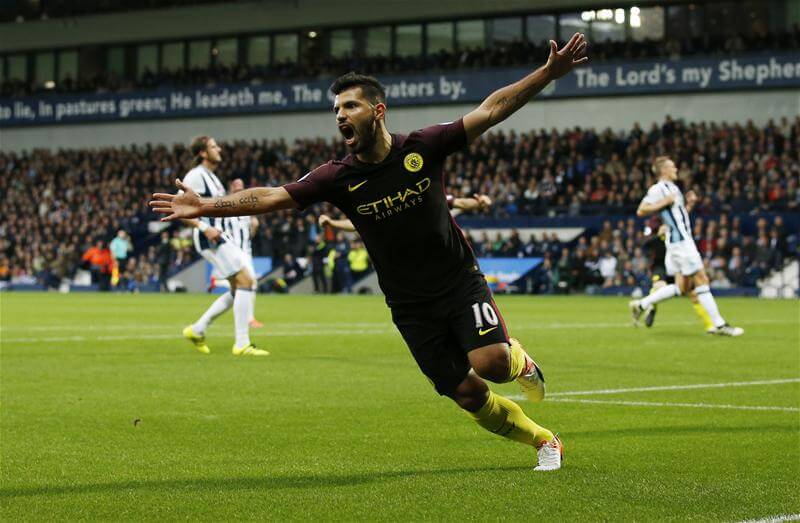 Manchester City manager Pep Guaridiola has given Sergio Aguero a vote of confidence as he confirmed the striker’s place in the team ahead of their Champions League match against Barcelona at home.

Guardiola was notably happy for Aguero after the striker scored twice and set up another in Manchester City’s 4-0 rout of West Bromwich Albion during the Premier League weekend, which in turn had ended the manager’s longest winless streak convincingly.

The Catalan appeared cheered that City’s winless run had finally come to an end.

“After six times without winning we needed points for the health,” he said. “When you lose, the problem is you lose a bit of confidence each time for the next game and it has happened in this period.”

“Sergio is a special player,” the former Barcelona coach said, praising Aguero’s performance. “We need him a lot and when he is in that behaviour and in that hunger he is decisive. Sergio is also so important for us because we don’t have too many strikers. Kelechi [Iheanacho] is a young player and has huge talent, but has a lot to learn.”

“Now is time to let me enjoy this game and we have time tomorrow to explain [about Barcelona],” he added. “I know how important it is against the best but now it’s time, two hours, to enjoy this victory. It’s better to arrive to the next game with a win rather than a defeat.”

In this season’s first encounter between City and Barca in Nou Camp, Aguero played only for the final 11 minutes when City was already trailing by three goals.

When pressed on his team for the latest reunion with his former club, which will also include the goalkeeper Willy Caballero because of Claudio Bravo’s suspension, Guardiola said of Aguero: “I think so, but I’m not going to tell you which position.”