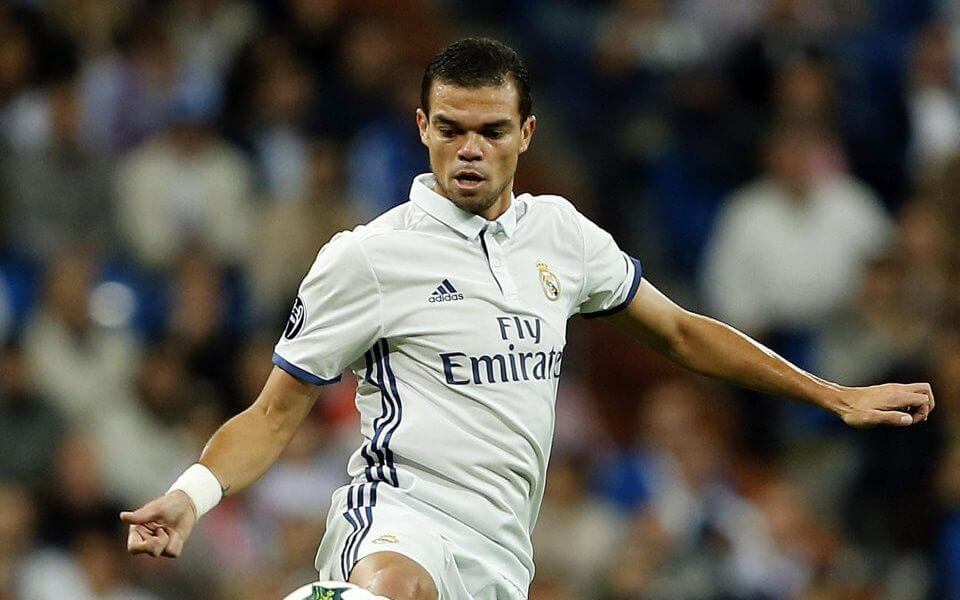 Pepe has confirmed that he will be leaving Real Madrid, thanking teammates and fans but revealing discontent in the manner of his exit.

Pepe, 34, won three La Liga titles, three Champions Leagues and two Copas del Rey with Real since joining from Porto in 2007, and had previously hoped to stay beyond June, when his contract expires. However, he was left on the sidelines after breaking two of his ribs in the Clasico late April, and was absent when Real Madrid had successfully defended their Champions League title.

In a post on Instagram, he wrote: “The day has arrived… on July 12 2007 I arrived at Real Madrid like a boy who fulfilling a dream. Today, 10 years later, I am saying goodbye. Today I can only thank all those who have supported me — who, with me, have written such a lovely story. Thanks to my friends and teammates, who I know will stay with me wherever I go.”

In an interview with radio station COPE, Pepe added that while he understood Real’s contract extension policy to older players, he was frustrated when Real did not sought to defend him in an tax issue.

“They offered me a one-year deal,” he said. “They do not give two years to players over 33. There are ways of talking and negotiating. Real Madrid’s behaviour has not been correct.”

“The club did not defend me with the tax issue. They knew I was up to date and had no problem. That hurt me, as I always fulfilled my obligations, and they made me understand I was not valued.”

“I don’t want to blame anyone,” he said. “What he [coach Zinedine Zidane] is doing for Madrid is spectacular, but there are things I still don’t understand. I cannot explain to you why I disappeared from the team in the last games. With Zidane we did not say goodbye properly. Zidane and Madrid knew I was going before I did.”

At present, Pepe has been linked with both Paris Saint-Germain and Inter Milan, but said he was keeping his options open.

“I have nothing signed with another club,” he added. “I could have, but I waited as there were very important competitions to play. I am looking forward to playing for another club and giving everything. I have offers, not just PSG or Inter, also for example in England.”