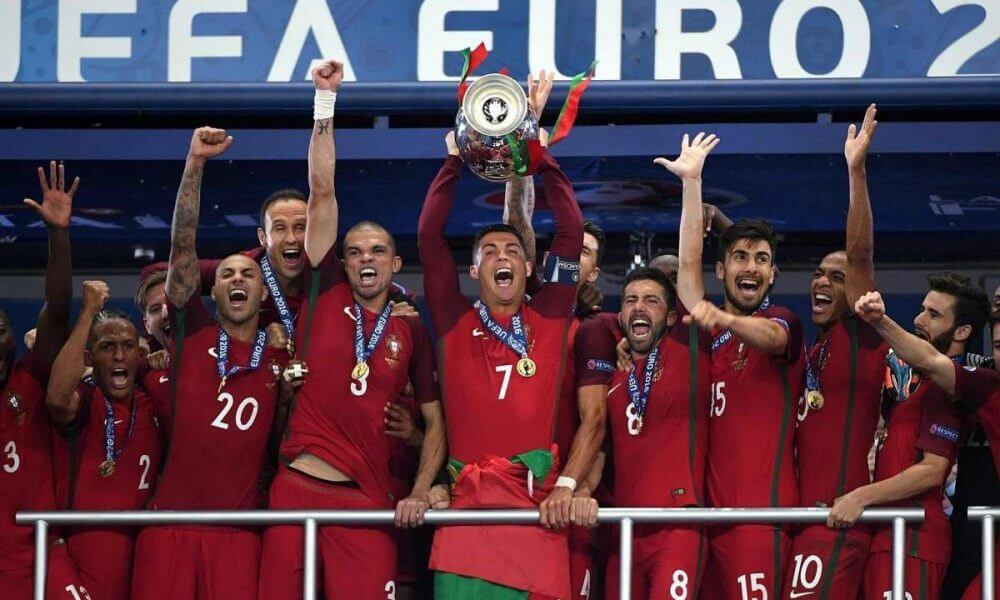 Portugal is Champions of Euro 2016.

Les Blues were firm favourites coming into the match but, despite numerous challenges on Portugal’s defense they were unable to score. They came close right before the end of normal time as substitute Andre-Pierre Gignac turned to fire an attempt, only to hit the inside of the post.

In the very least, the victory proved that Portugal could finally overcome disappointment and years of pain after journeying far into major international tournaments.

It was a vindication for a squad often branded as a one-man team under their superstar captain, Cristiano Ronaldo.

The Real Madrid forward started alongside his national team but was dealt an immediate injury just after eight minutes. A speeding Dimitri Payet followed through into the side of Ronaldo’s left leg and, from that point onwards, there was not a single moment from that Ronaldo looked pain-free.

He fought through agony to continue, but conceded defeat after he went down twice more. Knowing well that the final was over for him, the three-time world player of the year broke into hushed tears as the emergency medical staff carried him off the pitch in a stretcher.

Recognizing the greatness, the entire stadium stood in ovation.

But instead of being dealt a fatal blow, the Portuguese galvanized, and gave everything they had to keep France out as the host nation kept them under constant pressure.

On the sidelines, their captain gave animated encouragement, offering as much tactical advice as coach Fernando Santos in chaotic closing moments – and was reduced to tears once more at the final whistle.