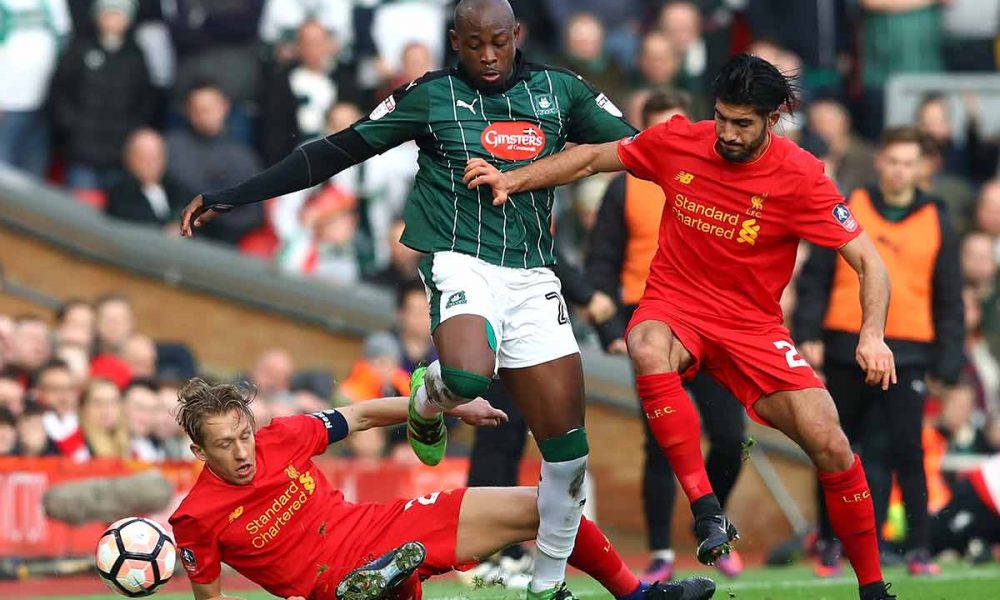 A resolute Plymouth Argyle managed to hold Liverpool to a goalless draw in their FA Cup third-round tie at Anfield.

The hosts fielded the youngest starting XI in the club’s history.

With a forward line comprising of Ben Woodburn, Ovie Ejaria and Sheyi Ojo bringing the average age to 21 years and 296 days, but even as they claimed 80.3% possession of the ball in the first half they still struggled to break down the Pilgrims.

Sheyi Ojo failed to take Liverpool’s best chance when he missed a header from close range, while Divock Origi also had a goal disallowed for a foul on Gary Miller.

Liverpool manager Jurgen Klopp then brought on first-team regulars Daniel Sturridge, Adam Lallana and Roberto Firmino in a vain search for a breakthrough.

Sturridge sent a 25-yard shot just wide, looped a header over and fired into the side-netting – but the Reds find themselves unable to break down an organised and disciplined Plymouth.

Manchester United had been the only team to keep a clean sheet at Anfield this season before Plymouth’s visit – and now a team with designs on the Premier League title and the EFL Cup final must travel to the south coast for a replay on 17 or 18 January.

Meanwhile, Chelsea captain John Terry was sent off on his first start since October as the Premier League leaders easily overcame League One team Peterborough in the FA Cup by 4-1.

The Blues already had 20 shots by half time, with Pedro’s curled finish and a drilled Michy Batshuayi effort giving them a two-goal cushion, before Willian drove in from 18 yards after the break.

Terry saw red for bringing Lee Angol down as the last man and Tom Nicholls prodded in from six yards for a buoyed Posh, only for Pedro to restore a three-goal advantage from the edge of the box.