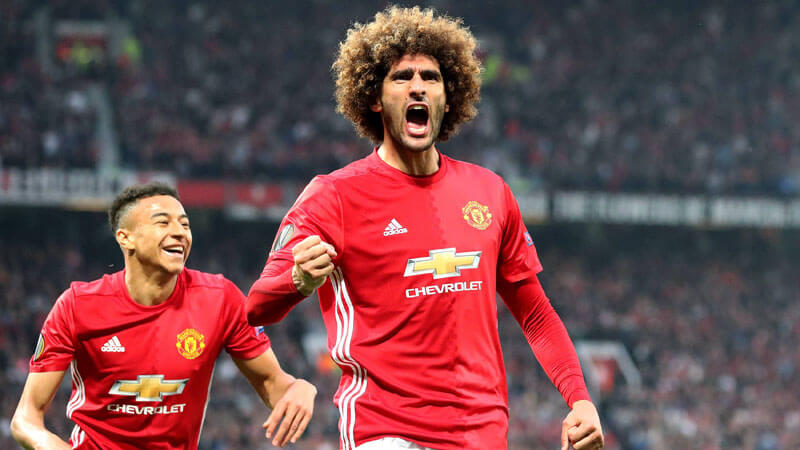 Marouane Fellaini returned from injury and scored a vital goal against Celta Vigo to book a place for Manchester United against Ajax in the Europa League final.

Celta began the game on the front foot, dominating possession and making countless offensive pushes to keep the hosts busy at Old Trafford.

But Fellaini, who had been out for weeks with a toe injury, headed home an expertly delivered cross from Marcus Rashford in the 17th minute to give United a solid advantage against Celta.

Still, Celta equalised late on 85 minutes with a header from Facundo Roncaglia, setting up an extremely nervy stoppage time for both teams.

Fuel was added to fire as a mass brawl ensued almost immediately after. United’s Eric Bailly was sent off with a straight red for a swipe at Celta striker John Guidetti, while Celta’s goalscorer Roncaglia was also given his marching orders for retaliating.

Six minutes of time was added as a result of the melee which almost involved every player on the field, meaning that Celta still had one more chance to get Celta into the final instead.

However, as Guidetti himself scuffed a golden chance to put the visitors through to their first major European final with the final kick of the game, United players were able to celebrate with relief their first entry into the Europa League final, and one step closer to their goal of making it into the Champions League next season.

As the Red Devils move a step closer to their first Europa League triumph, the downside for United is that they will have to do without Eric Bailly in the final against Dutch powerhouse Ajax in Stockholm on 24 May.