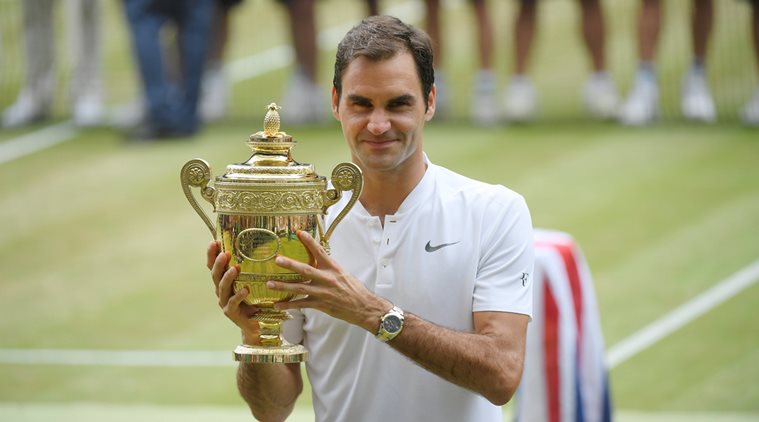 Federer, 35, claimed his second grand slam of the year along with becoming the oldest man in the Open Era to win at the All England Club, and was able to finish the contest in one hour and 41 minutes to claim his first Wimbledon title since 2012.

The gap in experience between Cilic and Federer showed from the early stages, with The 28-year-old Croatian national striking a forehand which bounced before the net on the opening point as the nerves appeared hard to shake off.

Although Federer conceded a couple of early double faults but there was a sense of inevitability about the first break, which came in game five after Cilic fell heavily chasing down a drop shot, and then sent a backhand into the net. The Swiss then reached set point in game nine and Cilic duly double-faulted, ending the set with a 49% first-serve percentage that hardly troubled the Swiss.

When Federer blazed to 3-0 in the second set, a tearful Cilic sat in his chair as the doctor, tournament referee and supervisor attended to him.

Before the start of the third set, another medical time-out was taken although this time strapping and padding applied to Cilic’s left foot. But even as a first retirement in a men’s singles final since 1911 appeared likely Cilic struggled on, while Federer probed for the break that would surely end his wait for a Wimbledon title.

It came at 3-3, when Cilic netted a backhand and successive forehands, although fourteen years on from his first victory, there were signs of nerves when Federer served for the title for the first time since 2012.

His first championship point disappeared with a wayward forehand, but an ace down the middle followed and it was the celebrating Swiss who was now tearful. “It’s magical,” Federer said courtside. “I can’t believe it yet. It’s too much. I kept on believing and dreaming and here I am today for my eighth title. I hope to be back to defend it next year.”