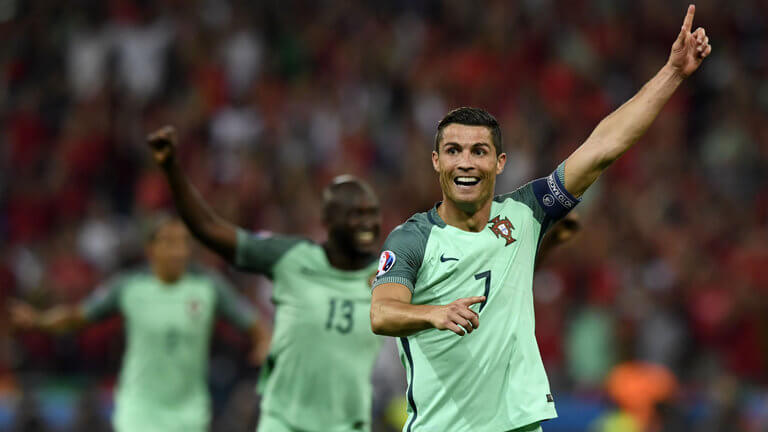 Portugal advances into the tournament final.

Wales’s inspiring adventure in the European Championship is brought to an end in the semi-final after they were defeated without a reply against Portugal in Lyon.

Chris Coleman’s side was carried by fervent and delighted supporters, who witnessed their team enter their biggest game and seemed, for a time, prepared to go the distance.

However, with defender Ben Davies and midfielder Aaron Ramsey missing through suspension, they entered their first ever tournament semi-final thoroughly disadvantaged.

Their biggest threat had always been Cristiano Ronaldo, which this game proved. The Portuguese captain leapt into the air and seemed to hang there as he heads in the game’s opening goal from a corner.

Wales were stunned, their defence dazed after goal. But Portugal has no qualms about taking opportunities. Ronaldo, 25 yards from out to the right of centre, mishit a low cross-shot but it finds Nani, who stretched to slide it past Wayne Hennessey from close-range. Welsh players thank their supporters in both French and Welsh.

But even amidst defeat, the Welsh team showed their appreciation for their supporters, who backed them in recent weeks with rousing songs and splashes of red.

The squad from a country that has just 3 million natives had shown great courage, teamwork and positivity to strive forward, and had been able to keep themselves pressure-free even as the stress mounts each time they win.

The moments the players had were memorable (Gareth Bale’s free kicks, Hal Robson-Kanu’s Cruyff turn), and will nourish the ideal start for them as a team as they prepare for the 2018 World Cup qualifiers, which begins in September.