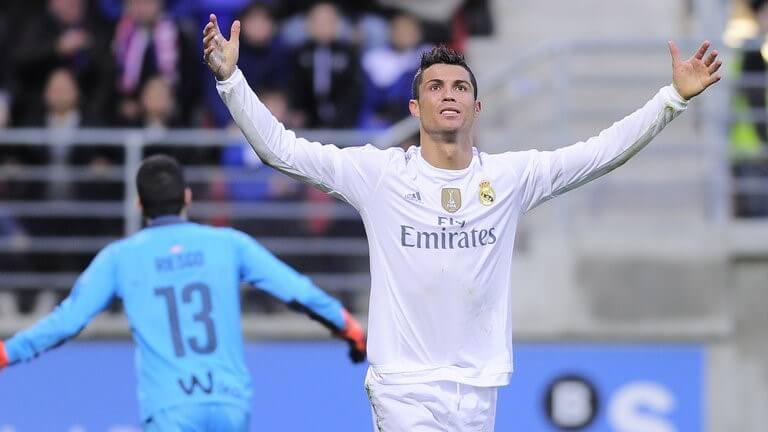 Cristiano Ronaldo has affirmed his place among the three all-time top scorers in the Spanish La Liga after scoring against Eibar on Sunday.

The former Manchester United man scored from the penalty spot for a 2-0 victory and ended a run of more than five hours without a league goal.

That strike took him onto 234 La Liga goals goals, drawing level with former Madrid favourite Hugo Sanchez in the rankings. However, Ronaldo reached the mark in 134 fewer games than the legendary Mexican forward.

His penalty, moreover, took him to 48 successful Liga spot-kicks, 11 more than anyone else in the top five European leagues since 2009/10.

However, he will need 18 more goals to surpass Telmo Zarra of Athletic Bilbao who scored 251.

Meanwhile, Lionel Messi sits comfortable at the top with his 289, having added one more just recently when Barcelona defeated Real Sociedad soundly by 4-0.