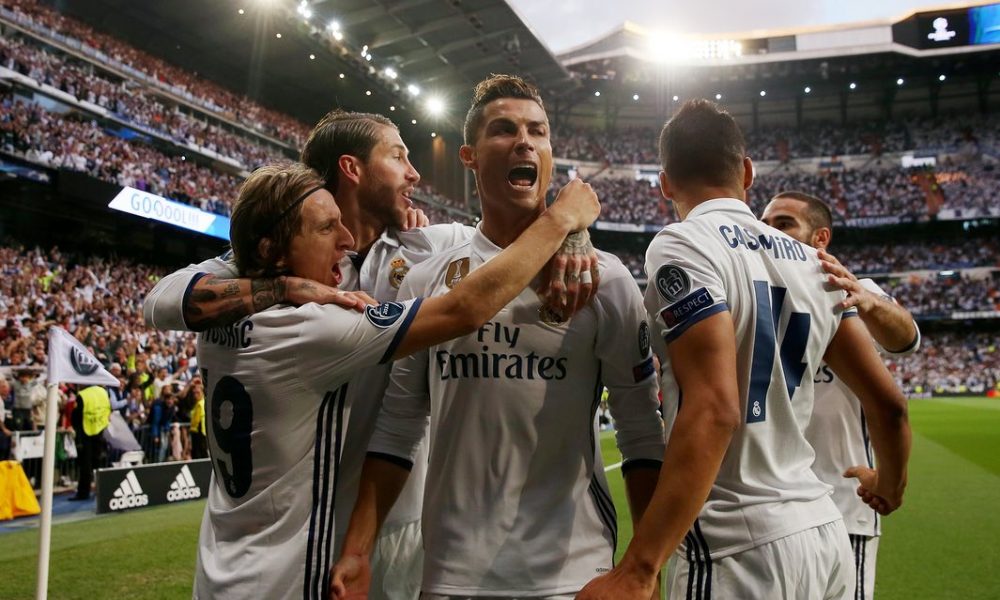 Cristiano Ronaldo single-handedly demolished Atletico Madrid with a hat-trick as Real Madrid closes in on their third Champions League final in four-years.

Los Blancos were clearly in command throughout the semi-final game against their city rivals at the Bernabeu, taking the lead just after 10 minutes when Ronaldo headed Casemiro’s cross past Jan Oblak.

There were glimmers of hope for Atletico as Real did not capitalise heavily on their control of the game. Although Oblak did his best to keep his team in the game with several superb saves, they looked visibly rattled by the single goal — and clearly lacked any sort of intent and belief.

It was only inevitable then that with 73 minutes gone, Karim Benzema held off Diego Godin in front of the box and nudged it on for Ronaldo, who then had the time to open up his body before thumping in a superb shot to the top corner.

Then, with a few minutes left in normal time, Lucas Vazquez broke up the right and pulled the ball back for Ronaldo to side-foot home comfortably and complete his hat-trick.

This match would easily go down as one of the occasions that Ronaldo, 32, proved that age is just a number. His third goal, also his 103rd in the Champions League, was more than Atletico have ever scored (100). He has now scored one more goal — 52 — in the knockout stages than he has in the group stages.

The Portuguese captain has also scored eight goals in his past three games in the competition, and is up to 13 Champions League semi-final goals.