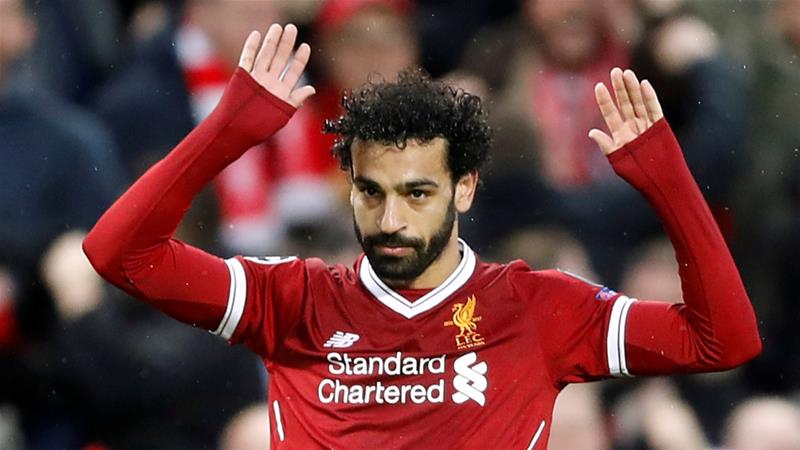 Mohamed Salah claims that the Champions League final against Real Madrid will be a showcase of Liverpool’s collective power and not a personal duel with Cristiano Ronaldo.

The Egypt international will finish his stunning debut season with the Reds with a first Champions League final appearance in Kiev on 26 May, when Jurgen Klopp’s side will seek to end Real’s recent dominance of the competition.

Liverpool reached the Champions League final for the first time since 2007, advancing 7-6 on aggregate despite losing a dramatic second leg to Roma.

On the other hand, Ukraine would be hosts to Ronaldo’s sixth Champions League final, with the tournament’s all-time leading scorer having won the trophy three times with Madrid and once with Manchester United.

Salah, with 43 goals this season, is seen as the biggest threat not only to Real in Kiev but to the dominance of Ronaldo and Lionel Messi over the Ballon d’Or.

The Liverpool forward insists that he has his eyes on a bigger prize, however: the club’s sixth European Cup.

“I know all of the Arab people wish the best for me, and they are happy every time I win, but now at the moment I am only thinking about the final and to bring the trophy to Anfield,” Salah said after Liverpool’s semi-final over Roma.

“It is not going to be a final between Mohamed Salah and Cristiano Ronaldo. I am playing for a great club and we have great players, so qualifying to the final came with great teamwork. I cannot do it alone — it is collective work. When we score a goal it’s because we are all doing good, when we concede it means we all need to work harder.”