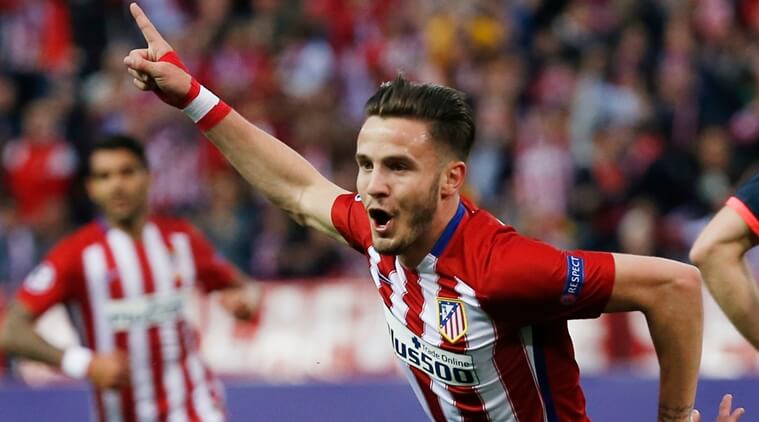 Spain and Atletico Madrid midfielder Saul Niguez has signed a nine-year contract — one of the longest in football history — that will allow him to stay with the club until June 2026.

Niguez, 22, has been an influential figure for both club and country in the past two seasons, helping Atletico reach the Champions League semi-finals in the last season.

Just last week, Niguez also helped Spain enter the European Under-21 Championship final. He was then awarded the Golden Boot of the tournament for scoring five goals in five matches as well as a runners-up medal after a slim 1-0 defeat to Germany.

A product of Atletico’s youth system, Niguez had played 53 games for Atletico last season, scoring nine goals, four of which were in the Champions League.

“I am very happy because at Atletico we are a family and there is no better place to be,” Niguez said in a statement. “I will work my full potential on the field as always to pay back the trust that the club is giving to me.”

“I’d like to thank all my team-mates and the coaching staff for their help day by day so that I can be the player I am today.”

Atletico are subject to a transfer ban until January 2018 following a failed appeal to the Court of Arbitration of Sport (CAS). For them, keeping key players such as Niguez and Antoine Griezmann — the latter of whom signed a one-year contract extension this summer — were key for Atletico to stay competitive in the next season.

It was also worth noting that since Niguez was under a long term contract before signing his new deal, it gestures how highly he is rated by Atletico’s manager, Diego Simeone.