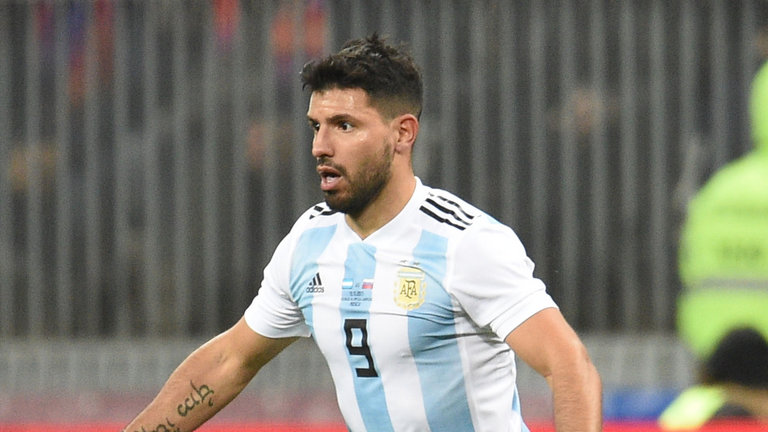 Manchester City striker Sergio Aguero had been cleared to fly home after he was taken to a hospital for checks following a fainting incident during half-time of Argentina’s 4-2 friendly defeat to Nigeria.

The Argentine Football Association said on its Twitter account that the Aguero “had a blackout and was taken [to hospital] so routine examinations were made only as a precaution” after the player passed out in the dressing room.

While AFA gave no further details on the incident, which occurred after the 29-year-old had scored in the first half, the media later published pictures of Aguero walking out of the stadium.

His club Manchester City later said that Aguero had been cleared by doctors to return to England as planned after he suffered what they called “a dizzy spell”.

“Sergio never lost consciousness, and was taken to hospital for precautionary medical checks,” City released a statement on their official website that contradicts that of AFA’s. “He will be assessed by the club’s medical team ahead of this weekend’s Premier League trip to Leicester City.”

Meanwhile, the Argentine side without Lionel Messi squandered the two-goal lead Aguero helped secured in the first-half and slipped to a shock defeat.

Ever Banega and Aguero had gave Argentina the lead, with Kelechi Iheanacho pulling a goal back for Nigeria just before half-time with a free-kick.

However, Alex Iwobi then scored twice and Brian Idowu also found the net for Nigeria in the second half.

The Argentina defender Javier Mascherano said: “Playing against a team of such physical strength you pay the price. They walked all over us … and when we tried to get back on the match we couldn’t.”

Los Albiceleste had only secured their spot at the World Cup in the last round of CONMEBOL qualifiers thanks to Messi and have never delivered convincing performances without the Barcelona star.