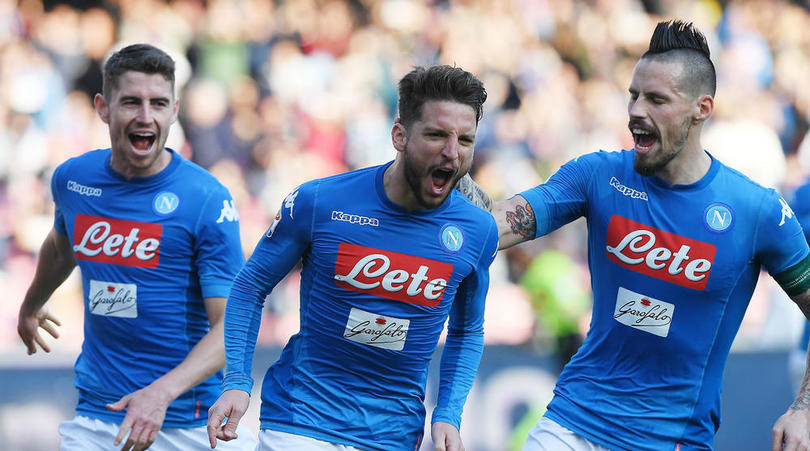 Napoli needed a quick response as Juventus had managed to overtake them the day before, but things did not go according to plan when former Inter Milan striker Rodrigo Palacio gave Bologna a first-minute lead instead.

However, Napoli did not have their work cut out for them as Bologna defender Ibrahima Mbaye soon obliged with the equaliser as he put through his own net in comedy fashion just four minutes later.

Adam Masina then helped Napoli further by fouling Jose Callejon to concede a penalty that Mertens tucked away eight minutes before the break and just before the hour, the Belgian winger turned home an assist from Lorenzo Insigne.

The result meant that Napoli remains just one point above Juventus, who returned to second place with a 2-0 win against a Chievo team who were reduced to nine men.

They saw the dismissal of Samuel Bastien, who was given marching orders early in the 37th minute for a second bookable but unnecessary offence, and then lost Fabrizio Cacciatore too after 60 minutes when he vehemently complained he’d been fouled while heading at Wojciech Szczesny.

His bizarre protests, which included standing on the touchline with his hands behind his back in an apparent ‘handcuff’ gesture, earned the striker a straight red card.

The clear advantage in numbers meant that Chievo, who had been able to frustrate the visitors up until then finally conceded when Sami Khedira struck in the 67th minute, before Gonzalo Higuaín headed in a second with two minutes remaining.