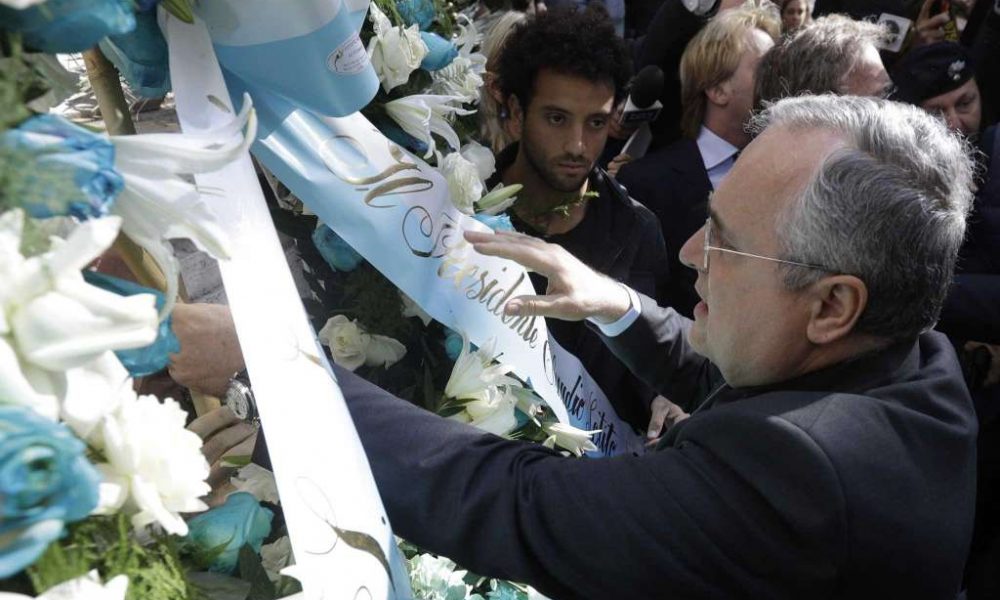 The Italian football federation (FIGC) has announced plans to read out a passage from Anne Frank’s diary before Serie A matches this week following reports of antisemitism behaviour by Lazio fans.

The FIGC has ordered a minute of silence to be observed before Serie A, B and C matches this week, plus amateur and youth games over the weekend, with a passage from Frank’s diary entry on 15 July, 1944 being read out over loudspeakers.

Lazio supporters were said to have defaced their Stadio Olimpico home in Rome during Sunday’s Serie A encounter against Cagliari with antisemitic graffiti and stickers showing images of Frank, the teenager who was killed at the Bergen-Belsen concentration camp in 1945, wearing a jersey of their rivals Roma.

Their actions have been widely condemned since then, with Lazio’s president, Claudio Lotito paying a visit to Rome’s main synagogue on Tuesday to lay a wreath to remember victims of the Holocaust.

Lotito also promised a new education campaign culminating in an annual trip to Auschwitz with 200 young fans at a club who has a history of antisemitic behaviour, including a Lazio banner in the city derby nearly 20 years ago aimed at Roma supporters that read: “Auschwitz Is Your Homeland; The Ovens Are Your Homes.”

Additionally, an image of Frank will be put on Lazio’s shirts for Wednesday’s game at Bologna, the club said, to demonstrate their fight against “all forms of racism and antisemitism”.

“The president of SS Lazio, Claudio Lotito, has decided that tomorrow the team will be coming to the stadium at Renato Dall’Ara Stadium in Bologna with an image of Anne Frank on the Biancoceleste shirt, demonstrating the club’s commitment to fighting all forms of racism and anti-Semitism,” a statement on Lazio’s official website read.