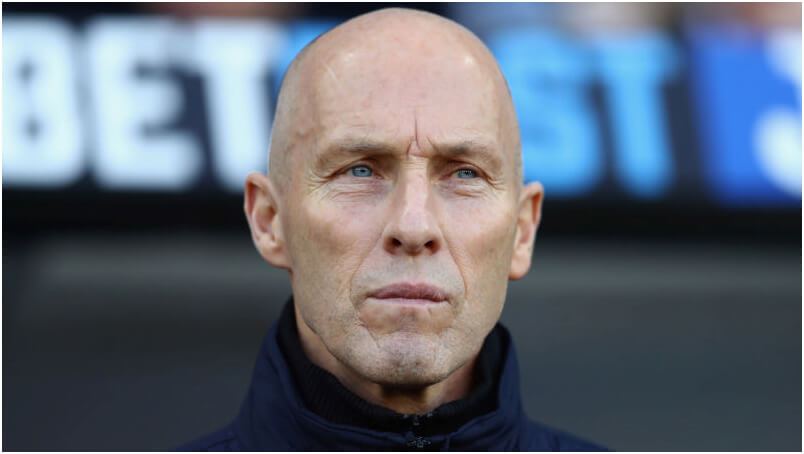 Bob Bradley had been the first American to manage a Premier League club.

At the time of his arrival, Swansea were above the relegation zone only on goal difference but have picked up just eight points out of a possible 33 since, conceding 29 goals in the process.

Bradley constantly made changes to the team in search of a winning formula and there was hope that a corner may have been turned when Swansea defeated Sunderland 3-0 earlier in the month to briefly escape the bottom three.

However, three successive defeats, against West Brom, Middlesbrough and West Ham, left Swansea looking like a club fated to the relegation zone.

Their latest result – a 4-1 home defeat on Boxing Day at the hands of West Ham united – was their seventh loss in 11 games since Bradley took over on 3 October.

It left the Welsh club on 12 points – equal but just above bottom club Hull City on goal difference.

As West Ham ran riot at the Liberty Stadium, disgruntled fans vented unconcealed feelings of frustration with vocal chants of “We want Bradley out” – which could have played a part in prompting the Swansea board to take action.

“I knew exactly what I was getting into when I came to Swansea and realised the hardest part was always going to be getting points in the short run,” said Bradley following his dismissal.

“But I believe in myself and I believe in going for it. That’s what I’ve always told my players. Football can be cruel and to have a chance, you have to be strong.”

“I wish Swansea the best and look forward to my next challenge.”

In a club statement, Swansea chairman Huw Jenkins said: “We are sorry to lose Bob after such a short period of time. Unfortunately things haven’t worked out as planned and we felt we had to make the change with half the Premier League season remaining.”

“With the club going through such a tough time, we have to try and find the answers to get ourselves out of trouble. Personally, I have nothing but praise for Bob. He is a good man; a good person who gave everything to the job. His work-rate is phenomenal and we wish him well for the future.”