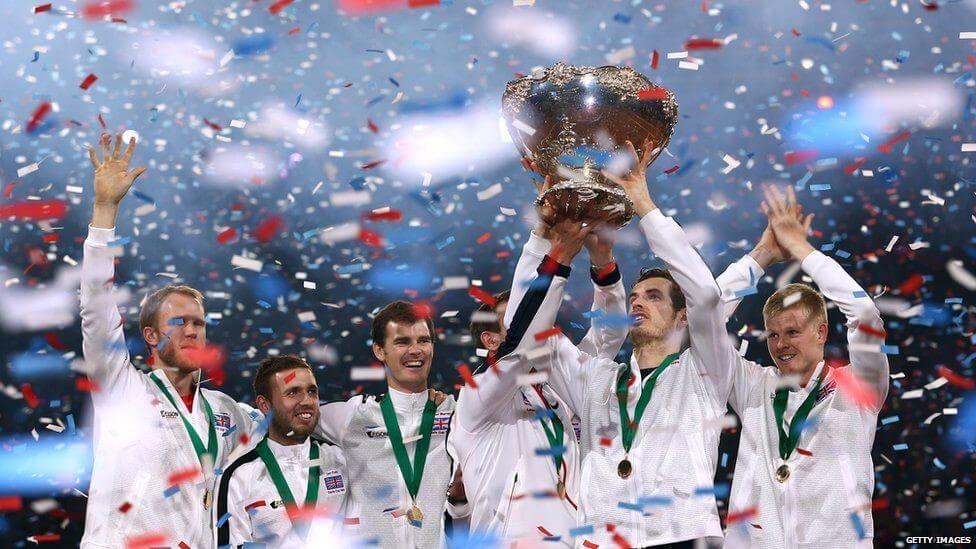 Team GB beats Belgium 3-1 away in the final to lift the Davis cup.

Great Britain have won the Davis Cup for the first time since 1936 after Andy Murray beat Belgium’s David Goffin to clinch the decisive point in Ghent.

Britain have now won the team title 10 times, while Murray adds the Davis Cup to his other major titles at Wimbledon, the US Open and the Olympic Games.

The combined challenge of whistles, shouts, camera flashes and the weight of history could not derail Murray from his task – and neither could Goffin.