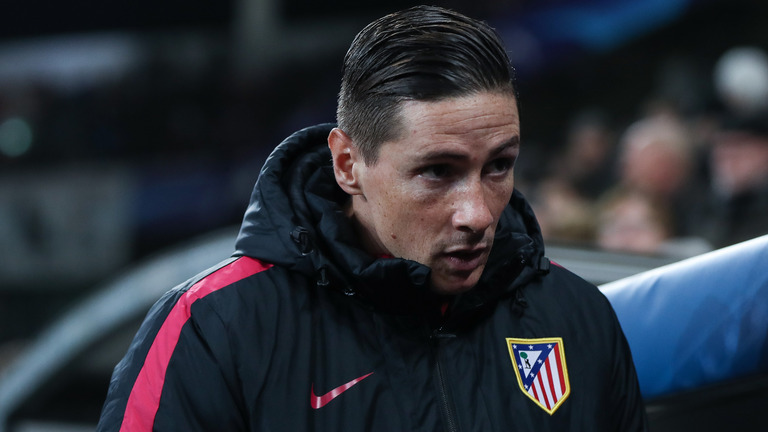 Fernando Torres is set for a return to Atletico Madrid’s squad as Diego Simeone’s men prepare for their Champions League tie with Bayer Leverkusen.

Torres missed out in action since Atletico’s match against Deportivo La Coruna in La Liga on March 2, in which the 32-year old lost consciousness to a heavy fall after an aerial battle.

Fortunately the striker was was released from hospital only 24 hours after he was admitted having suffered no serious injuries, and returned to full training on Monday. Atletico boss Diego Simeone had since confirmed that he is available for selection.

Kevin Gameiro is a doubt for the game after missing Saturday’s 1-0 La Liga win at Granada with an abdominal injury, while captain Gabi and left-back Filipe Luis are suspended for the game.

Regardless, Atletico is in a strong position to reach the last eight for a fourth successive year after winning their last-16 first-leg tie with Bayer Leverkusen 4-2.Torres scored in that game.

History is at Atletico’s side as there were four occasions in which an away side scored 4+ goals in a Champions League Round of 16 1st leg — all four progressed to the last eight.

As for Bayer, new coach Tayfun Korkut will miss a lot of his regulars as Benjamin Henrichs and midfielder Hakan Calhanoglu are suspended while Toprak, Jonathan Tah, Stefan Kiessling and captain Lars Bender are out injured.

The Bundesliga team will also be without 17-year-old midfielder Kai Havertz, who “has important exams at school” — as announced by Leverkusen through their Twitter account.