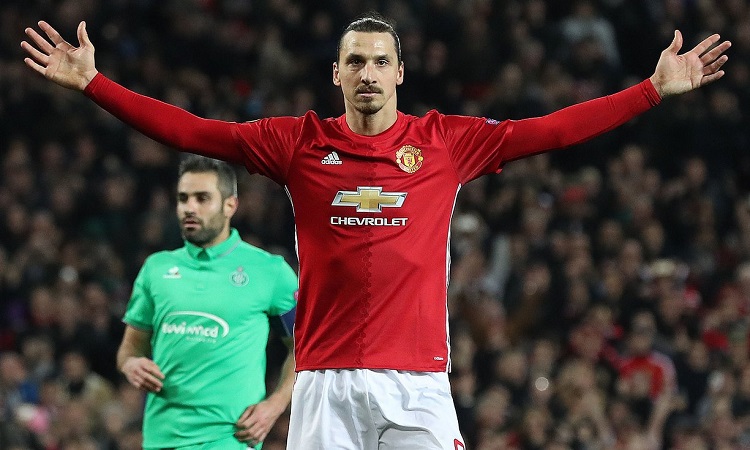 Manchester United has taken a solid lead against Saint-Etienne while Tottenham Hotspurs were left wanting after a 1-0 defeat by Belgium team Gent in the UEFA Europa League.

The Red Devils won 3-0 against the French club thanks to Zlatan Ibrahimovic hat-trick, which took the Swede’s tally to 23 goals in all competitions this season.

His deflected free-kick wrong-footed goalkeeper Stephane Ruffier and dribbled over the line for the opener after just 15 minutes, and he tapped home from close range after good work from Marcus Rashford, before sealing his treble with a late penalty.

The result also meant that his team would extend a healthy lead into Stade Geoffroy-Guichard for next week’s second leg.

As for Tottenham, Mauricio Pochettino’ team would host Gent next week chasing a 1-0 deficit after Jeremy Perbet’s goal gave the Belgian side a surprise victory.

The French striker showed good control before slotting in a pull-back from Danijel Milicevic on the hour.

Gent, eighth in the Belgian league table, came close to adding another as Milicevic’s shot tipped the post, while Tottenham looked second best the entire night despite fielding their best players.