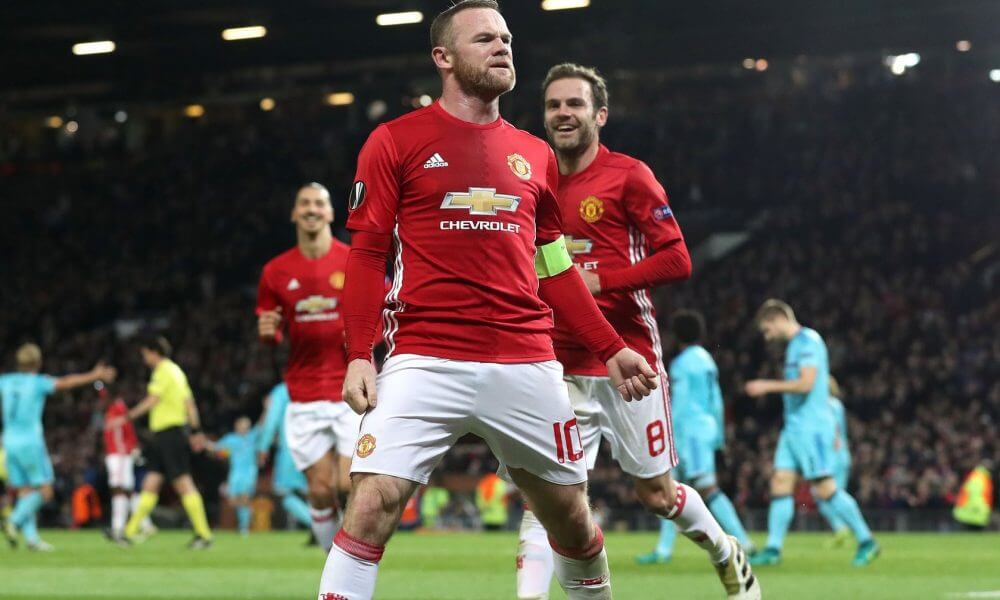 Wayne Rooney scored his 248th goal for Manchester United as Jose Mourinho’s team made short work of Dutch side Feyenoord and win 4-0.

The result also moves the Red Devils to within a point of the Europa League knockout stage, and the captain to just one more strike from equalling Sir Bobby Charlton’s record for the club.

It was also Rooney’s 39th European goal for the club, as he clipped the ball over opposition keeper Brad Jones from Zlatan Ibrahimovic’s perfect through ball – with Feyenoord appealing unsuccessfully for offside.

Clearly intent on sending a message to critics pouncing on his recent underwhelming performances, Rooney contributed again by setting up Juan Mata with a reverse pass to slide home United’s second.

£26m summer signing Henrikh Mkhitaryan also produced an impressive show in what was only his second start for the club. His best moment came when he ran from his own half, taking on several Feyenoord defenders, before going down under pressure from Jens Toornstra. The Dutch champions were fortunate the referee did not give a free-kick, which would also have resulted in a red card.

Eitherway, the win was essentially secured when former Liverpool keeper Jones deflected Ibrahimovic’s cross into his own net, while Jesse Lingard, who later came on for Mkhitaryan curled in a fourth in injury time to complete Jose Mourinho’s biggest win as United manager.

As the final whistle blew at Old Trafford, a draw or win at Zorya Luhansk in the final Group A game on Thursday, 8 December would take United into the last 32.