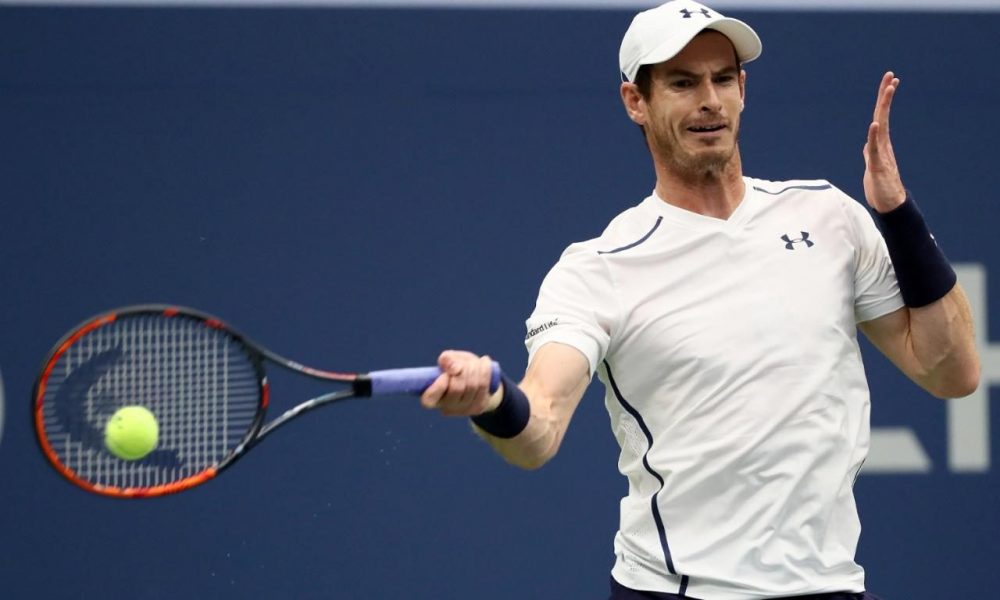 Andy Murray defeated Marcel Granollers by 6-4, 6-1, 6-4 to reach the third round of the US Open as rain poured over the new roof above Arthur Ashe Stadium.

As a storm delayed play on the outside courts, Murray won in straight sets, needing just two hours and 22 minutes to seal the win.

The world No2 will face Paolo Lorenzi in the following round.

Granollers had struggled to seize the initiative against Murray, but could not do so in front of the rowdy crowd and as torrential rain lashed out on the roof of the contained pitch. The Spaniard quickly fell behind by 5-2 in the first set, and had to work Murray by switching into aggressive mode.

Murray, needing 23 minutes and seven set points to clinch the final two games in the first set, also had to see off off a couple of break points early in the second set.

However, he then eased away with five games in a row for a two-set lead.

The second half of the game was plagued by a persistent buzz of noises, but Murray steeled himself to grab the decisive break at 4-4 in the third set.

“It’s tough,” Murray said of the roof and the rain. “You couldn’t really hear the ball at all, but we’re lucky that we get to play under the roof because otherwise there’d be no tennis right now, so it’s good for everyone.”

Earlier, his arch-rival Novak Djokovic earned a walkover into the third round as Jiri Vesely retired from of their second-round match with a left forearm injury.

With three full days of rest, Djokovic could recover in time from his sore left wrist and right arm as he prepare to face Mikhail Youzhny.