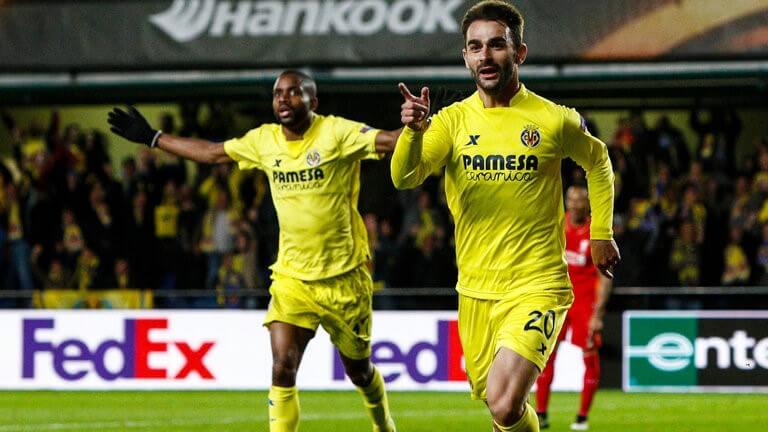 Liverpool experienced a reversal of fortunes as the team suffered an injury-time winner against Villareal.

The first leg of the semi-final game was a drama-free event compared to their last game, as Liverpool scored an injury-time winner against Borussia Dortmund in the Europa League quarter-finals.

The win had saw Liverpool upped and improved to become the favourites to claim the Europa league trophy.

However, both teams had looked content for a stalemate in their semi-final first leg at El Madrigal, before Liverpool’s defense essentially switched off to allow Adrian Lopez tap in Denis Suarez’s low cross. And the rest was history as it was crucial.

“We were lucky enough to score,” said Marcelino, the Villarreal coach. “But it was not an unfair result.”

It was just as well; little chances were created as Liverpool campaigned for their first European tournament final in almost a decade. Their closest chance was Roberto Firmino’s low shot, which hit the post.

But given the slim scoreline, it is almost easy for the Reds to rally and get back into the game as they renew the encounter with Villareal in Anfield. It is just as easy for Villareal to deepen Liverpool’s problems; should they just get one away goal, Liverpool needs three to counter, in the very least.

Liverpool boss Jurgen Klopp, who had insisted that there was no thought on reaching the final, was not exactly thrilled either.

“Of course I’m not too happy with the goal we conceded in the last second. Counter-attacking in the 92nd minute makes not much sense – but it is only the first leg,” he said.

“It is 1-0 and they have to come to Anfield where we know how strong we are. We had our moments, we defended really good,” he added. “This race is not over.” Still, the match may well pale in the significance of sportsmanship and togetherness displayed in El Madrigal. Villareal supporters unfurled a banner bearing the number 96 and Liverpool’s slogan “you’ll never walk alone”, alongside the Villareal logo.

The banner was held in remembrance and tribute of 96 Reds fans who died as a result of a crush in the 1989 Hillsborough disaster, and who were recently ruled unlawfully killed.

“We were very saddened by the Hillsborough tragedy and we planned events to show the solidarity and support which our club and our fans have with Liverpool and those who were affected,” the La Liga club revealed in a statement.