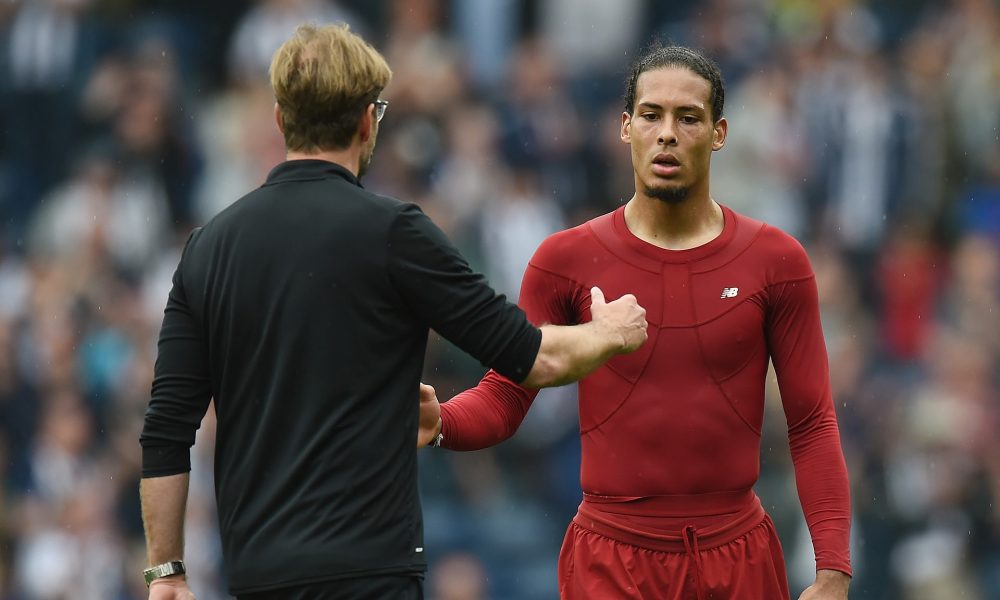 Virgil van Dijk has admitted Liverpool let their standards slip against West Bromwich Albion but insisted that their home game against Roma will prove a welcome and contrasting proposition.

Liverpool squandered a two-goal lead on their visit to West Brom after struggling to cope with set pieces late on but Van Dijk is confident they will rise to the occasion in the semi-final first leg.

“We need to do better,” he said. “You have to tell each other the truth you cannot be nice and happy when we want to achieve so much as a team and a club. A draw is not good enough but there is no reason to panic. There is no need to stress.”

“I don’t worry at all. They [West Brom] are fighting for their lives so in the end they are very direct, balls into the channel, work hard, trying to get fouls and free-kicks and we didn’t cope with that how we should have. To concede two goals from set pieces as well where we have always the same roles to do and we didn’t do that. So it is disappointing but I am not worried at all.”

After witnessing Roma’s extraordinary comeback against FC Barcelona to advance from the quarter-finals on away goals, Liverpool, who will hold their pre-match team meeting on Monday, will not be taking anything for granted against the Serie A side.

“It will be hard work and we need to be ready for anything and then obviously the tough game in Rome,” Van Dijk added. “That will be a hard one as well, but we need to enjoy that because not many players, teams come to this stage and have the chance of getting to a final. We will prepare as well as we can and see what happens.”

“I have not played against Dzeko before but everyone knows the result against Barcelona. They are a very good team and we have to be ready. I don’t fear anyone. We play a different style to Roma. It will be a different game to this one. The system we played at the end today won’t be the same.”