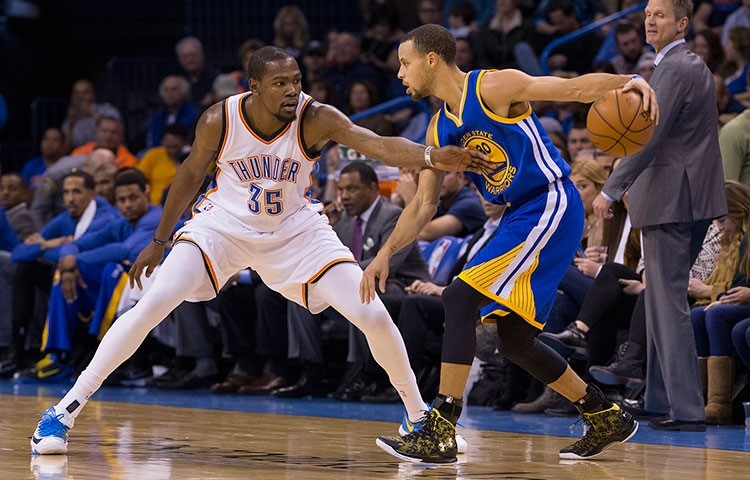 The Golden State Warriors are the heavy favourites to rein in Kevin Durant should Oklahoma City Thunders be releasing the forward on free agent at the end of this NBA season.

Durant will be on free agent at the end of this season, and though he has not revealed interest in leaving the Thunders it would be apt to consider that he could be intrigued by the idea of joining the defending champions, going 44-4 this season.

Warriors forward Draymond Green, one of the team’s leaders, stands firmly behind the aggressive push for Durant. Fitting him into Golden State’s salary situation would take some maneuvering, but the current Warriors have the flexibility in their wallets to do so.

Representing a continuous efforts on part of the Warriors, the pursuit for Durant predates even their 2015 championship run. Washington, Houston and Miami are all expected to be suitors and have been tied to Durant previously. The Clippers are also thought to be in the mix, with the Lakers being an extreme long shot.

Fueled by rumours and reports everywhere, the deal is ‘unthinkable’ with almost everyone believing that the move could ‘change the landscape of the NBA’.

If the transfer works out, Kevin Durant will play side-by-side with the best stars in the league such as reigning MVP Steph Curry, Klay Thompson and Green. He will be joining them in the coming All-Star Festivities, having trained with them as part of the USA basketball team.