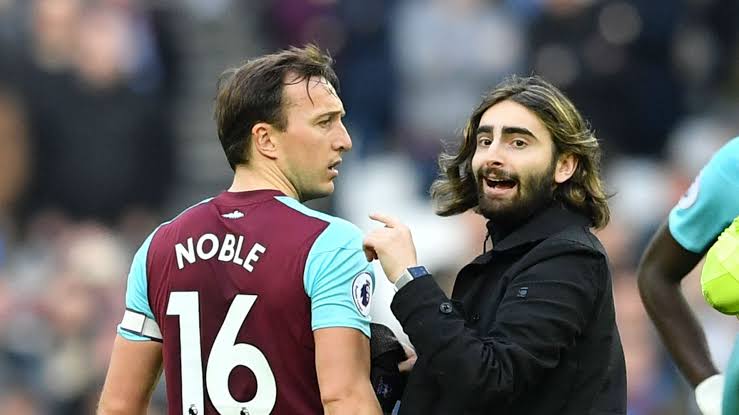 West Ham’s Mark Noble has written an open letter to fans pleading for unity after disturbances at their last home match against Burnley.

Angry fans invaded the pitch and congregated below the directors’ box to protest against the club’s owners David Gold and David Sullivan, with the latter reportedly being struck by a coin.

Noble, 30, confronted a supporter who went on to the pitch during the 3-0 loss at London Stadium on 10 March. “We need everyone to be together,” he wrote in a letter published on the club’s website.

The Hammers captain added that the scenes in the match against Burnley was “one of my toughest days in nearly 20 years at West Ham, and I never want to see scenes like that again”.

Further protests has been planned outside the ground before Saturday’s match, but Noble urged fans to get behind the team during the game or face the prospect of dropping into the Championship.

“We need you all, full-stop, and we cannot perform to our best and win the matches we need to win without you. When you are on song, there really are no supporters better at inspiring their team than West Ham supporters,” he said.

“I can understand the frustrations some of you are feeling. This season has not gone how we’d all hoped it would, but I would ask you to channel your passion to get behind the team, help us get through the season with our Premier League status intact, and we can sit down and reassess things in the summer.”

“We need the London Stadium to be buzzing for our five remaining home games, so please unite behind the lads and give us the best possible chance to deliver the results we need to stay up.”

West Ham are 17th in the Premier League, one place and two points above Southampton and the relegation zone, with eight games remaining.

Their next Premier League home match, against Southampton this Saturday will be the first since that defeat, after 20 fans were given life bans by the club.