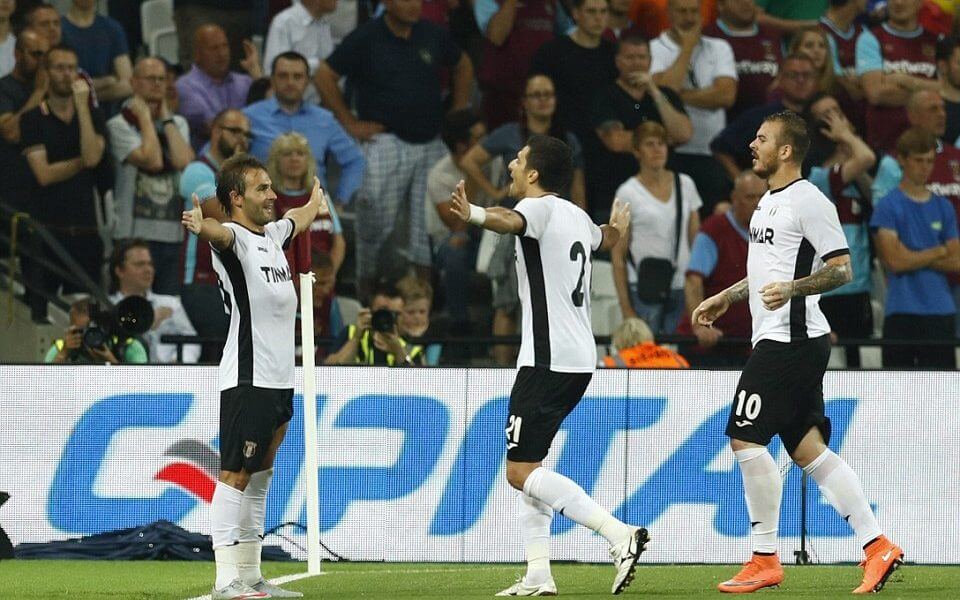 West Ham United was denied a spot in the Europa League after Astra Giurgiu defeated the London club by 1-0 (2-1 on aggregrate) in the qualifying playoffs of the European tournament.

It is also the second successive season that Astra, who have only won once in five league games this season, extinguished the Hammers’ hope of making it into the Europa League.

After a 1-1 away draw last week, West Ham trailed as a counter-attack by the Romanian champions was precisely finished by Filipe Teixeira just before half time.

The Hammers improved after the break, with Jonathan Calleri, Ashley Fletcher and Winston Reid registering attempts. In comparison, Astra converted just one out of two their attempts.

However, their resolve in defense held their opponents at ba; without a goal, West Ham could not force extra time to save their European campaign.

Home fans quickly left the Premier League club’s new 60,000-seater stadium within seconds of the full-time whistle, although a small number of Romanian fans remained to celebrate with their jubilant players.

““I said this is one of the most important games for us this year. This is like a final that you have to win to go through,” said West Ham manager Slaven Bilic. “The disappointment is massive. We didn’t play good in the first half or with desire as a team. We were second best.”

The Hammers’ exit from the Europa league leaves Manchester United and Southampton as the only English sides in the competition; a draw later today will decide who will be their opponents in the group stages, a list that includes Italian giants Inter Milan, Dutch runners-up Ajax and Spanish side Athletic Bilbao.