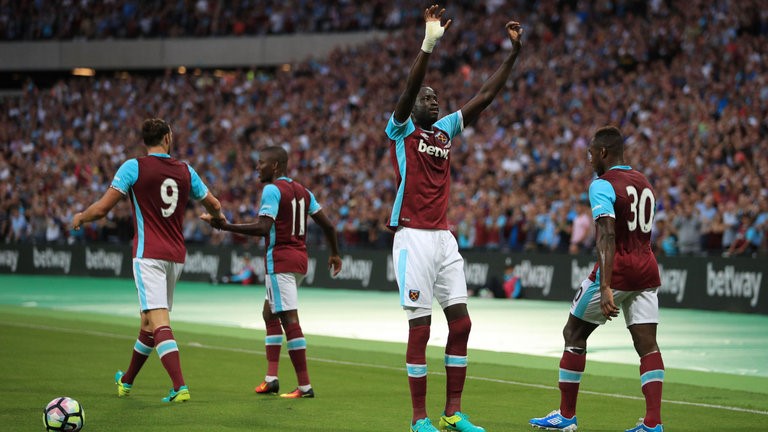 West Ham swapped Upton Park – their home for the past 112 years – in the summer, for the stadium that hosted athletics at London 2012.

However, the Premier League team had no trouble adjusting to new surroundings as they defeated NK Domzale by 3-0 (4-2 on aggregate) to advance to the Europa League playoff stages.

The London club had trailed 2-1 from the first leg, but they lead on the away goal rule after Kouyate’s eighth minute goal. They increased their lead as Kouyate scored a low finish for his second goal, and as Sofiane Feghouli added the third just after 80 minutes.

Slaven Billic, manager of West Ham, took the result as a positive start.

“It was difficult psychologically for us but for the stage we are at we played really well,” he said. “We were fit, aggressive and played good football.”

“We could have scored more goals, but it was a very mature performance. We played badly in the first leg but a week later we are fresher and closer to the season.”

“It was more than I expected,” he praised the new stadium. “The atmosphere is loud. You can hear them. There is no point comparing it to Upton Park.”

West Ham will now join 43 other clubs in Friday’s play-off round draw, which includes 15 losers from the 2016-17 Champions League third qualifying round.