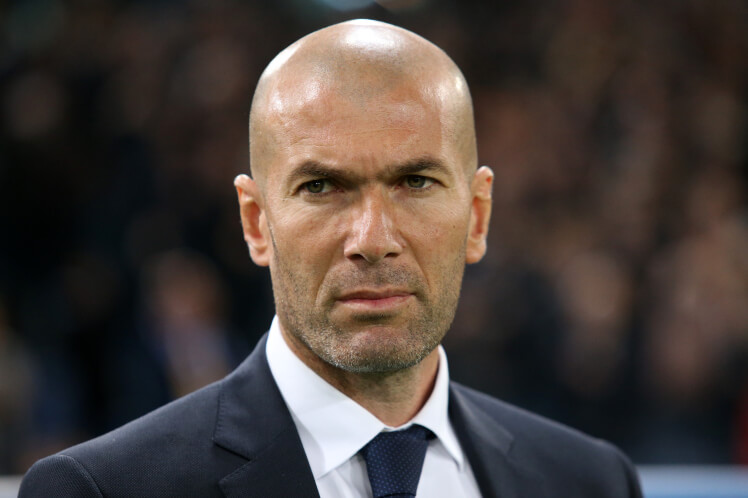 Real Madrid coach Zinedine Zidane made the claim that his team are not the favourites going into the UEFA Champions League final against Italian Champions Juventus.

Real, defending European champions and currently second in La Liga, booked their spot in the decider despite a 2-1 loss to Atletico Madrid on thanks to a 4-2 win on aggregate.

A goal from Isco following some fancy footwork from Karim Benzema just before half-time was all Real Madrid needed; even though they had fallen 2-0 behind after 16 minutes in the second leg it proved enough to help them through.

And as Los Blancos march on in the quest of becoming the first team to ever successfully defend a Champions League title, the final in Cardiff on June 3 will also see Zinedine Zidane face one of his former clubs in the Bianconeri, where he starred as a player from 1996-2001 before a move to Madrid.

However, the Frenchman claimed that there was no aspect in which the holders merited advantage against the Serie A champions, who have conceded just three goals in their entirety of 12 Champions League games this season.

“Real Madrid are absolutely not the favourites. It’s very difficult to score against this Juve side,” Zidane said. “The defence isn’t their only strength, either. They have great players in attack, too.”

Zidane also said the finalists deserve their spot in the final as he paid tribute to Juve for their role in his development.

“I became a man and a better player at Juve. It’s a great club. Facing them in the final will be special, because I still have Juventus in my heart,” he said.

“It’ll be a wonderful final, we’ve had a similar path and both teams deserve to be there. Now there’s time to prepare, but on Sunday we already have an important Liga game [at home to Sevilla].”