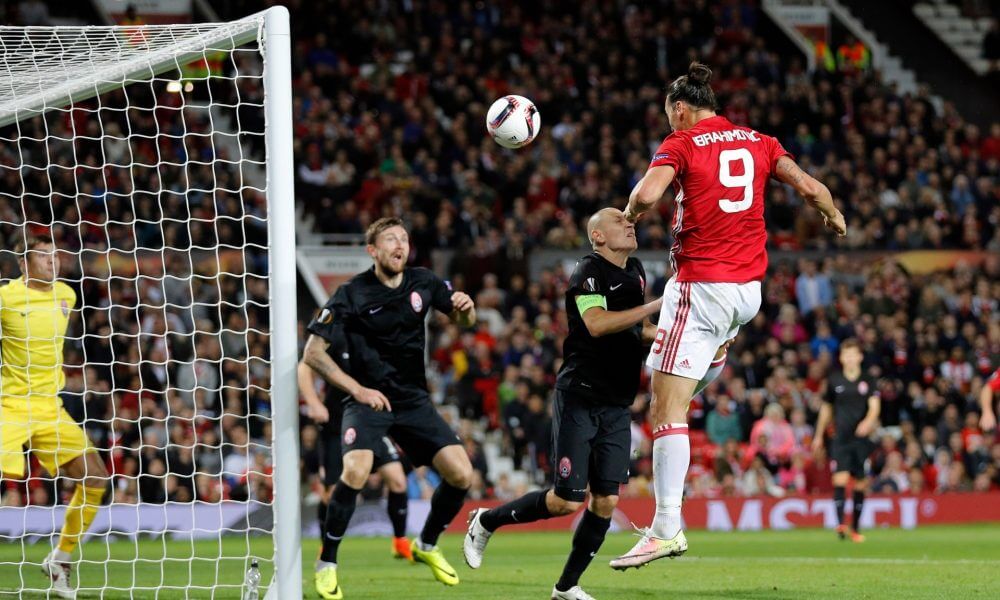 Manchester United rises from the bottom of their Europa League group with a 1-0 win against Zorya Luhansk thanks to a Zlatan Ibrahimovic header.

It was also United’s first shot on target in the game despite dominating the game with 70% of possession at Old Trafford.

“It was not an easy game,” Ibrahimovic said after the game. “We played well, created chances, but this is a typical game.”

“When you don’t score in the beginning, the spaces get smaller and smaller. After the goal, we had more space but it was a decent game. We won and that is what counts after losing against Feyenoord.”

Zorya’s well drilled defense had indeed been able to kept United at bay, as the Red Devils appeared slow and hesitant going forward.

“It was difficult. We had our chances in the first half, we could have scored and it would have been a different match. But we didn’t.”

“They kept organised and had plenty of players behind the ball but with players ready to do something on the counter-attack. It was difficult and we needed to win.”

Nonetheless, the result moved United up to third, level on three points with Feyenoord. The Manchester club is also one point adrift of Turkish leaders Fenerbahce, who travel to Old Trafford on 20 October in the next round of games.